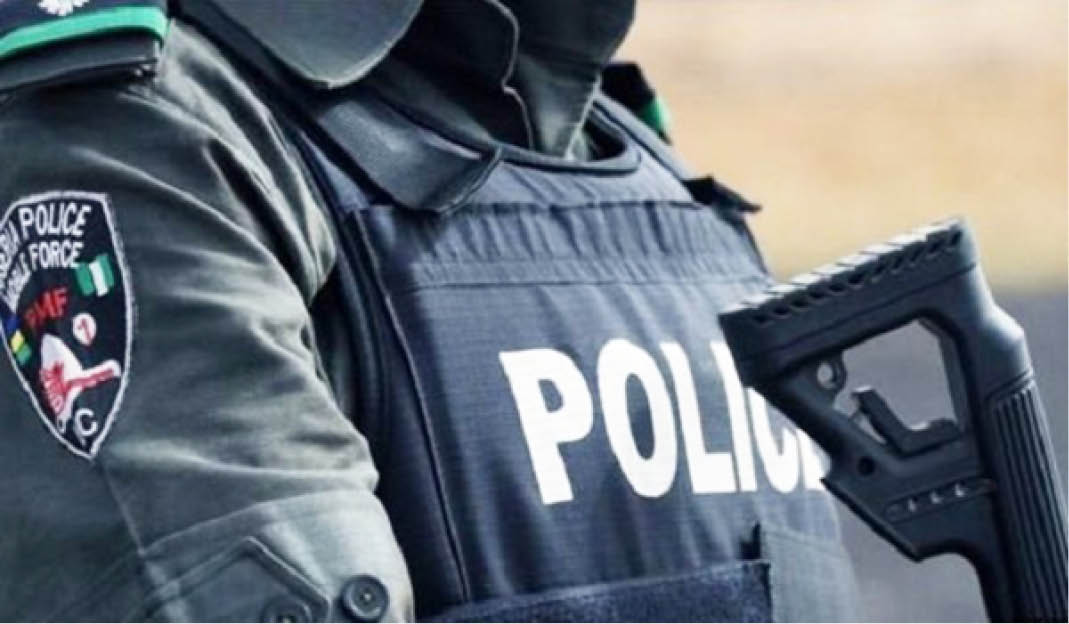 All over Nigeria looters have been attacking warehouses and carting away mostly palliatives meant for distribution during the COVID-19 lockdown.

As the looting spree persisted, the police looked on. A police officer (name withheld for fear of being victimized) talks in this interview about why they turned a blind eye and what the # EndSARS protests meant to the average police officer.

From #EndSARS, the protesters went after the police and your formations. It seems there has been general disenchantment against you. Why?null

Look, the general disenchantment against the police is borne out of the [action of] bad eggs in the force and seeming political and ethnic underlining issues. Criminals do not want to see the police for any reason. The first mistake the police authority made was to immediately scrap SARS. This is the Ember period, you don’t sack your fighting organ at a period like this. They ought to have insisted that the protesters identify those who have, in recent times, engaged in violations of fundamental human rights or killings, then subject them to open investigation that will involve representatives of the protesters while you work on reforming the section and the force generally.

Secondly, truth be told, the Nigeria Police Force needs complete retraining of all officers and men from the rank of commissioner downward. Some officers you see these days do not know the rudiments of police duties and the fundamental rights of the citizen. How do you ask a person recruited 15-20 years ago to still be in tune with current policing strategy?

What is the general feeling in the force now?

The morale is very low. Police officers across the nation are so sad. Unfortunately, we cannot go on strike. We would have declared a strike by now to protest our deteriorating condition in the force.

Let me tell you, we are in a job where people do not care about our welfare and that of the family of police officers. Aside, the fact that the salary is meagre, policemen are seen as second or even third-class citizens. If a policeman does 10 good things and mistakenly does one bad thing, instead of warning him, the public will crucify him and the police authority will sacrifice the person.

Among the several problems of police officers and men is poor remuneration. If you are paying a police constable N45,000, from this, he has to pay house rent, pay school fees, buy foodstuffs, pay electricity and other bills. He will also buy uniform for N5000, to be sewn for N3,000, he will buy accoutrements and a host of other things. All from his N45,000 monthly salary. Tell me, how will he not be corrupt?

Poor working conditions: as a policeman, you are expected to give your best but where are the working tools? You will buy stationeries, feed suspects, pay to visit accident scenes if you snap photographs, you pay to print, you will use your money to transport suspects to court at every court sitting. Tell me, how will the person not be corrupt?

You face armed robbers without body armour, you confront rioters without a helmet or anti-riot shield and you suffer transfers without 28 days allowance in lieu of accommodation. IGP Solomon Arase was the last IGP who considered 28 days allowance very important. You sleep on the road, inside cars, at motor parks or anywhere you see, since there is no accommodation. Our barracks are more like mangers for goats and pigs. It is so terrible. Nigerian police officers are suffering.

Is there no provision for fuelling of patrol vans?

No provision. The truth is that the impress provided for the station is expected to come quarterly, but unfortunately, you may not see it at all or it comes once or twice a year. It is between the range of N20 and N30,000. You can imagine, running a station with that amount. Can it fuel the patrol vans for a week, let alone a month or quarterly?

Some of our Divisional Police Officers (DPOs) are doing miracles. They will buy stationeries, fuel and fix patrol vans, still do ‘returns’ to headquarters to get working tools like arms and ammunitions. They will still settle armourers at the headquarters. The system does not create an avenue to be incorruptible. Everyone wants to be okay.

Hummmm…returns are proceeds of bails and other monetary gains either voluntarily given or deceitfully collected. For instance, if there is a case of assault, the complainant will pay for mobilisation, that is the consequence of policemen buying stationeries themselves, and the suspect will pay for bail, that is the consequence of policemen feeding the suspect while in the cell, paying the cleaner to clean the environment and fuelling of patrol vans by DPOs.

Do you still feel safe wearing your uniform?

No policeman can tell you he is safe wearing the police uniform anymore. Look, civilians now see policemen as rags and animals. They harass, intimidate and embarrass us unprovoked. The fear of being maimed and killed is the order of the day. Even to go and invite a party in a matter now is a big problem.

Do you wear your uniform from home or when you get to the duty post?

[Laughter] That was before o! when the security situation was okay. We keep our uniforms in the office. If you take it home and armed robbers invade your house, sighting uniform already certify you as a ‘death candidate’. Our morale is very low. Even these days, to answer distress calls is a problem.

In the last couple of days, policemen folded their arms and allowed palliative to be looted and in some cases, they reportedly participated in the looting. Was there a directive from the police authorities that you should look the other way?

There was no directive to look aside, truth be told. In fact, there was an instruction from the IGP that policemen should go after the criminals and restore sanity. No one wants to sacrifice himself in a job where your family would be paid only one million naira as benefits. The situation now calls for restraint, you don’t allow yourself to be killed unjustly when you know there will be little or no compensation for your wife and children.

What was the reaction of your family members at the peak of the onslaught against you and your colleagues during the #EndSARS protest?

They advised me to quit immediately. In fact, most of my family members advised that I should no longer go to work. But I told them no, there’s Nigerian blood that runs in me. With prayers, focus and determination, God is in control.

Are you still proud to be a police officer?

Very proud. See, of recent, some friends and family members advised me to resign. I told them bluntly, no way, not knowing there will be a clampdown on police officers like this. The policing profession is a good one but we have very bad leadership and working conditions. Our leadership, maybe out protecting their own jobs, or trying to please everybody, [they] will not investigate matters thoroughly before sacrificing a policeman. But generally, the pride of being a policeman is enormous, though the hazard is much due to lack of tools and poor working conditions.

What do you think should be done to address the challenges facing the force?

A total reform. The reform should include comprehensive retraining of all police officers and men from commissioner downward. An upward review of police salary structure to enable a constable to earn at least N85, 000. And an improved working condition and retirement plan for the officers. It will amaze you to know that a retired commissioner collects N80, 000 monthly. How will such a person not be corrupt when he knows he will be retiring in a few years?