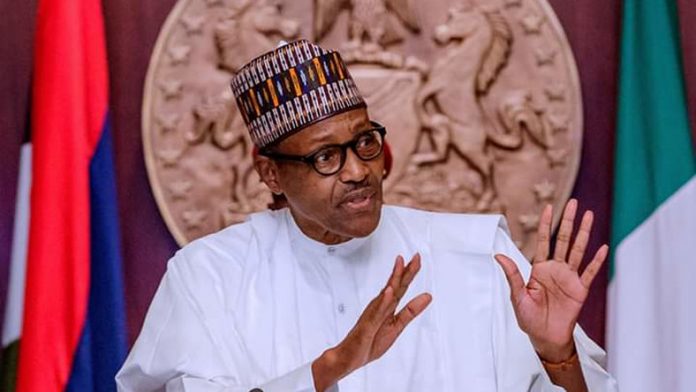 President Muhammadu Buhari urged Nigerians to behave in compliance with the constitution, adding that his administration respects all citizens ‘ rights.

The President said his government has placed steps and policies in place to address the demands of End SARS, stressing that the government will do everything legitimate to ensure that all sides are happy with the steps taken to achieve peace in the country.

President Buhari, represented by the Minister of Housing and Works of the Ministry, Engr. Abubakar D Aliyu, made the remarks at a peace meeting of stakeholders in Damaturu, Yobe State.

He said, “In the spirit of democratic governance and appreciation of the fundamental human rights of all citizens as enshrined in the 1999 constitution of the federal republic of Nigeria and other laws, we acknowledged the genuine concern of the members of the public regarding the excesses and use of force by some members of the SARS.”

Governor Mai Mala Buni of the Yobe State said in his address that the peaceful protest against SARS, which turned into violent killings, gratuitous destruction and widespread theft, the hijacking of the protest by hoodlums and the subsequent negative vices, is highly condemnable and regrettable.

He said the government and the citizens of Yobe State congratulated the President for promptly disbanding SARS, triggering the protest, adding that this early reaction should have put an end to the protest.

“Here in Yobe state, we have suffered so much and for too long from the protracted insurgency that bedevilled our state and the Northeast in general. We cannot contemplate having additional crisis and hardships from the violent protest as we are now battling to resettle, rehabilitate and reclaim means of livelihood for our people.” Buni said.

He said this administration would continue to establish tolerance, dialogue and strategic commitment to address all differences in order to foster peace and reconciliation in the state, believing that only in a stable and prosperous atmosphere will growth and development be achieved.