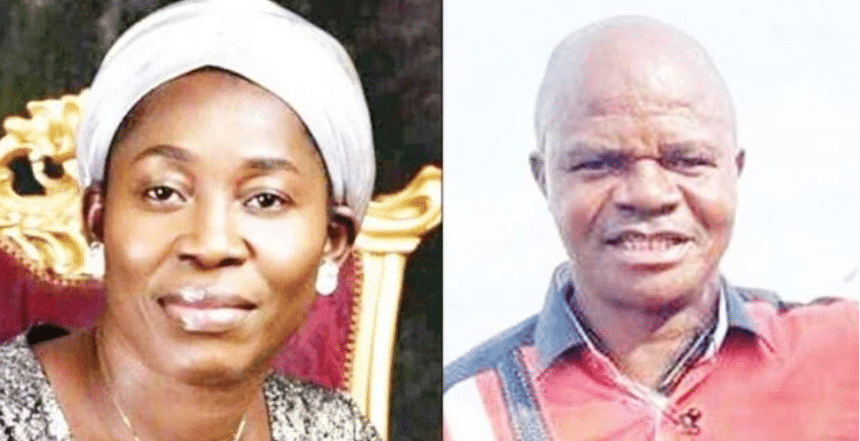 A neighbour (Grace Nnaji) of the late gospel singer, Osinachi, has recounted to a Federal Capital Territory Court in Abuja, how the singer severally begged her not to report her husband’s abuse.

Nnaji, who is a tailor, narrated to the court that she met the gospel singer through her husband (Peter Nwachukwu) who wanted her to make a dress for her then. In her testimony, Nnaji revealed that she became close to the deceased on that premise and that her residence was close to the singer’s house. According to her, Osinachi often confided in her about how the defendant (Peter Nwachukwu) was always beating her at the slightest provocation. She said when she (Nnaji) told the singer to report the abuse to the police, her family, church or a human rights radio, she refused. “When I told her that I was going to report to the church, she begged me not to, saying that her husband will change,” she added. Naija News reports that while she gave different instances of when the defendant abused the deceased, she recalled that the gospel singer came to her shop one day with her injured daughter, who had a fever and she told Nnaji that her husband had pushed both her and the daughter against the wall. “The daughter had a fever at the same time and I was the one that gave Ekwueme as I use to call her money to buy drugs from the pharmacy to give her daughter,” she said. Nnaji noted that at another time she still came to show her injuries, saying her husband had inflicted injuries on her back, and told her that her husband again kicked her and she slammed her chest on the wall. “One day, she ran to my house at about 5 am and said the previous night, she locked her door and he kicked it open with his leg and proceeded to hit her on her chest, she fell on the floor and remained there, crying until she slept off,” she said. Osinachi’s neighbour advanced that the deceased’s husband usually locked her out whenever she went to church and that she will knock at the door for hours after she returns, adding that it sometimes took the intervention of neighbours for her husband to allow her in. On one such occasion, Nnaji told the court that the deceased slept in her house for two days. Nnaji also disclosed that the gospel singer told her that the defendant had threatened to tarnish her reputation and also kill her brother if she reported the abuse to anyone and that was what confined her. She further told the court that when the gospel singer fell sick then, before her passing, she had to always sneak into the house to help her clean and tidy the house to avoid any trouble from the defendant. Earlier reports state that two former employees of the deceased testified for the prosecution counsel led by Aderonke Imana, she on Wednesday alleged that the defendant verbally and physically abused the late singer. Nwachukwu, who is standing trial on a 23-count charge bordering on domestic violence and culpable homicide, is accused of being responsible for the death of the late gospel singer who was popularly for her song Ekwueme.