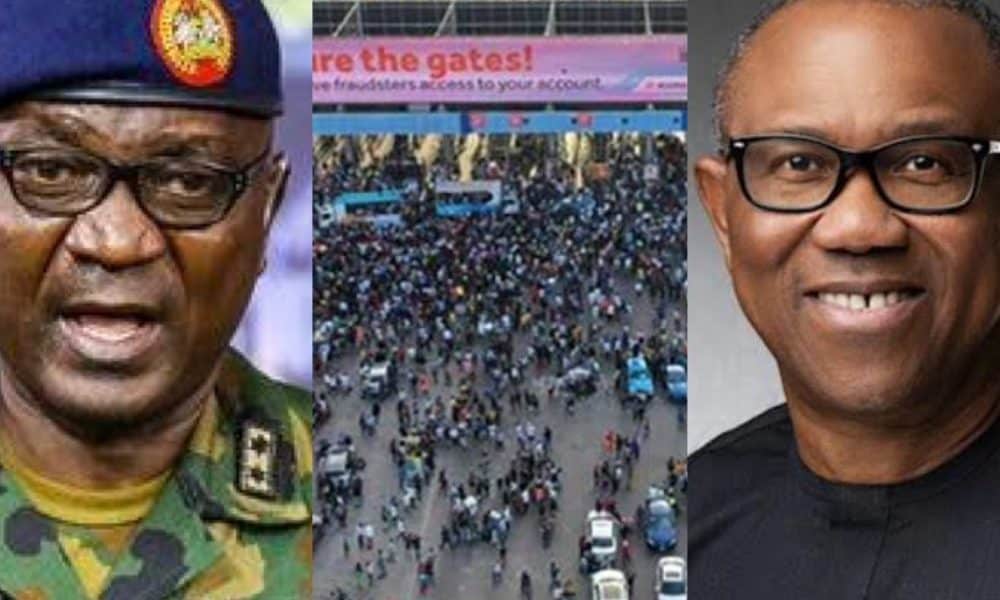 Ex-army general, John Enenche, who claimed that the images of the alleged massacre of unarmed demonstrators at Lekki Tollgate were photoshopped, has responded to the reaction that trailed his appointment as a member of the Presidential Campaign Council (PCC) of the Labour Party.

Naija News recalls that Labour Party on Wednesday released a list of its campaign team, which had 1,234 names, including the army general appointed as a representative of the North-Central.

Enenche, during the heat of the EndSARS massacre, claimed that the Instagram live footage of DJ Switch, which showed protesters dying was photoshopped.

Recalling his statement during the EndSARS protest, his appointment led to an outcry from the party supporters on Twitter who insisted that he is not worthy of the position.

Reacting to the outcry, Enenche, in a statement on Friday, explained that he also shared in the pains of everyone who was affected by the End#SARS agitations in 2020.

#EndSARS was an agitation by Nigerian youths calling for the disbandment of the Special Anti-Robbery Squad of the Nigeria Police Force.

The retired general also gave reasons why he endorsed the Labour Party (LP) presidential candidate, Peter Obi, explaining that the task ahead calls for all to join hands to rescue Nigeria.

The statement partly reads: “Dear countrymen and women, following my appointment on the campaign council of the Labour Party, there were reactions on social media about my pronouncement concerning a video shot at the scene of the ENDSARS incident at Lekki toll gate on 20 October 2020.

“Everyone that commented in any way was right based on the information at their disposal and individual analysis. Personally, and professionally, I worked with the overriding interest of Nigerians at heart based on the oath of allegiance I swore on commission into military service which is sacrosanct.

“I sincerely shared in the pains of that breaking news through social media as it were. On this note, I want to assure all that more effort will be put in so that all assertions can be cleared convincingly from appropriate sources. God bless our cause for the recovery of our dear country Nigeria.”