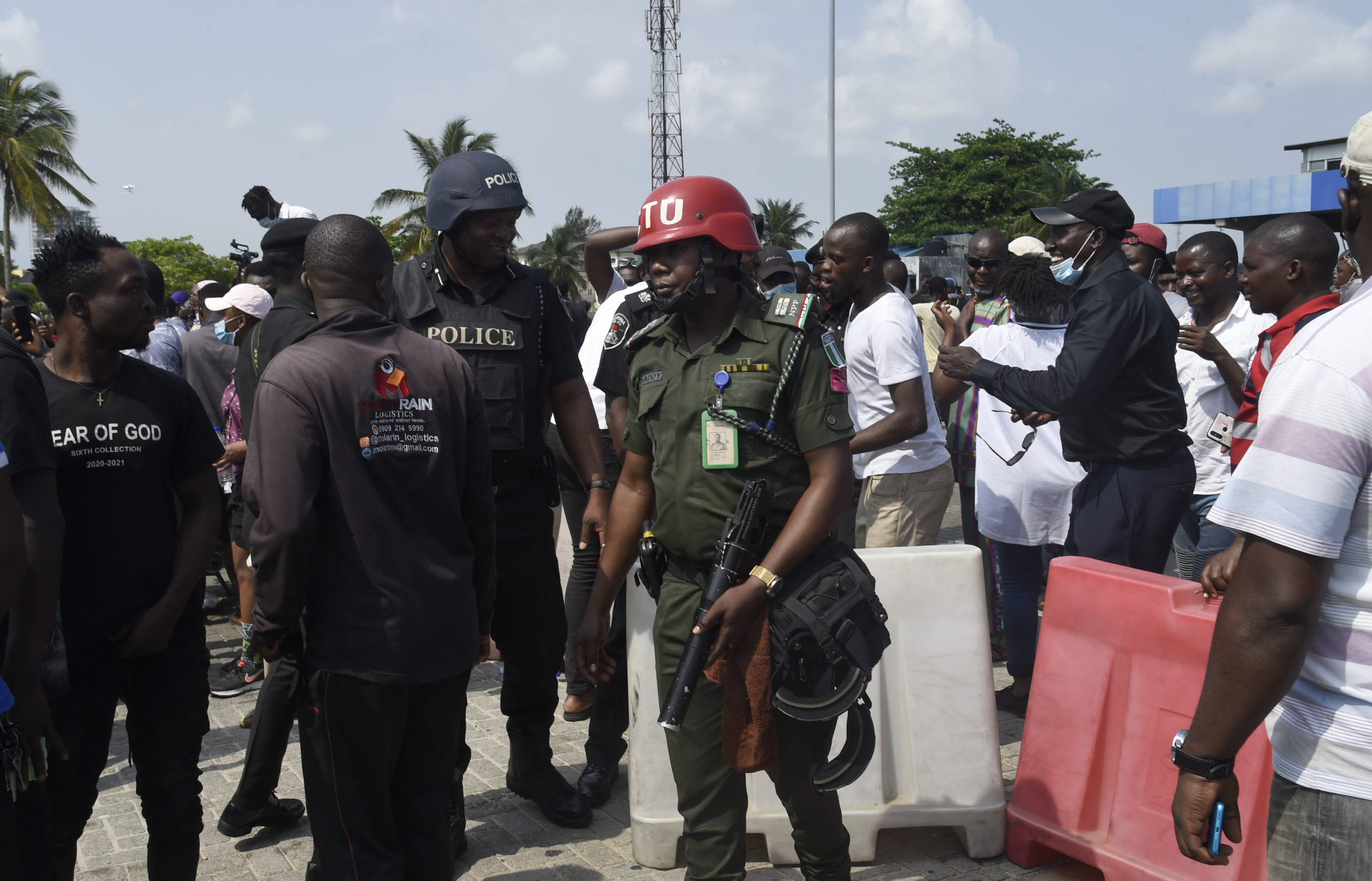 The police inspector, Mr. Egu Omini, was murdered by alleged hoodlums under the guise of EndSARS protestors in Ebonyi, and cut off his manhood, police confirm.

After he stormed a police station in Abakaliki, the state capital, the hoodlums also snatched his AK-47 rifle.

This was disclosed by the State Police Commissioner, Mr. Philip Maku, in a statement released to reporters on Thursday in Abakaliki by the Police Public Relations Officer (PPRO), Mrs. Loveth Odah.

On Monday, Oct. 26, the commissioner said the hoodlums regrouped in their large numbers and re-invaded the Central Police Station, Abakaliki for the second time , setting the station ablaze with police patrol vehicles.

“Exhibit vehicles, tricycles/motorcycles and other police property seen within the station were burnt; they shot sporadically at the Policemen, and as a result gruesomely murdered Insp. Egu Omini, cut off his private part and snatched his AK-47 rifle.

“On Oct. 21, the first of the protest in the state, two policemen, Paul Akpu and PC Ali Samson sustained bullet injuries and two days later one of the victims, Akpu died while on admission at Alex-Ekwueme Federal Teaching Hospital Abakaliki.

“The hoodlums proceeded to B Division KpiriKpiri/C Division Ekumenyi (Eke-Abe Police Station) and set the two stations on fire, after looting exhibit motorcycles, Plasma TVs, Fans and other valuables from the exhibit rooms.

“On Wednesday 28/10/2020 at about 4am, the hoodlums again stormed Ezza North Divisional Headquarters, vandalized the building, burnt two vehicles and Exhibit motorcycles.

“They shot and wounded One Insp. Okewu Sunday and snatched his AK-47 rifle. The victim is currently receiving treatment in the hospital,” the statement said.