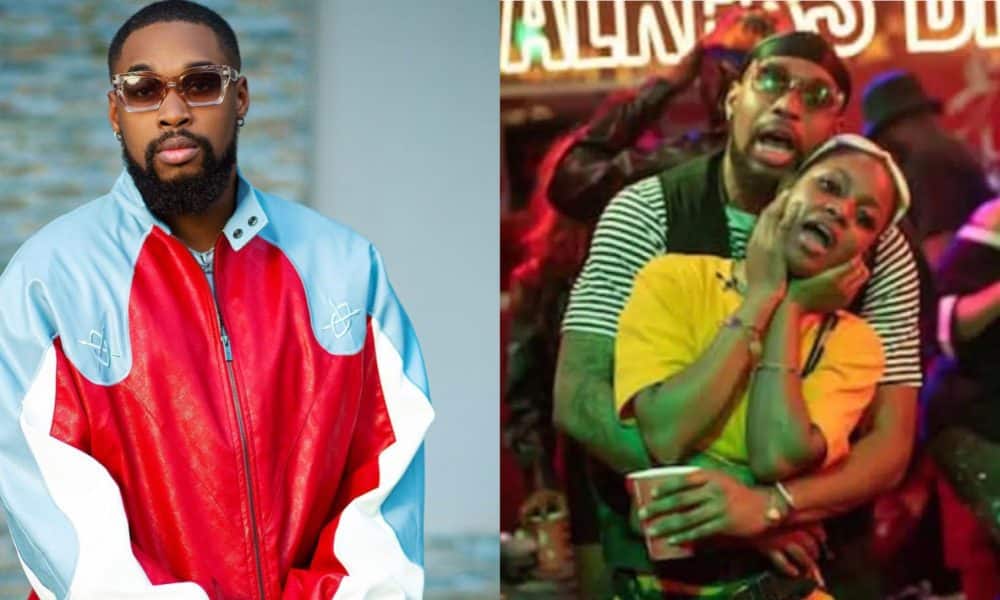 A photo of former Big Brother Naija ‘Level Up’ housemates, turn lovebirds, Sheggz and Bella has caused a stir on social media.

Naija News recalls that Sheggz and Bella were an item during the reality TV show before Sheggz started bringing in some behavior fans found manipulative and toxic.

That, however, did not stop Bella from being close to him, before he was finally evicted from the show. Following the end of the show in September, the housemates have not been seen together. Bella, undecided about continuing her relationship with Sheggz outside the house, said that she was focusing all her effort on building her brand. Sheggz on the other hand expressed difficulty coping with Bella’s absence and had publicly declared that his intentions were genuine despite public opinion about their relationship. Weeks after a back and forth, the lovebirds seem to have sorted out their differences as they are seen together for the first time in a recent event. The photos have sparked excitement from their fans who wanted them back together. See the photos below:

@chloe_logistics wrote: ‘Most reciprocated love in the history of BBN.’ @sheggzz_and_bella_lovers wrote: ‘Na you spot them for the first time,we dey see them steady biko’ @phabulousthreads_ wrote: ‘Happy new year to us shippers ooo. Enemy wanted to take food away from our mouth, eluigwe si mba’ @realitea_addict wrote: ‘Big Brother Naija & South Africa is coming in January. Nobody is gonna care about you then. Just date yourselves in peace without hiding.’ @nelleeeeee wrote: ‘It’s not any commercial shoot. They both arrived together for that football lunch.’ @sexy_myra432 wrote: ‘The ship has sunk longtime but since is Emmarose shippers that are shipping them I rest my case’ @sengeajide wrote: ‘The bond they created in the house was strong. It would have been surprising if they weren’t still together.’ @gorretkisa wrote: ”My ship has given Blogger’s work, see now everyone all eye’s on then, my power couple” @agbukaisaac wrote: ‘Leave these people to rest abeg’ @tayla_beauty31 wrote:’Big Sheggz and big Bella’