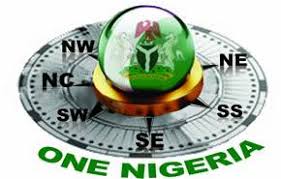 Amidst the various challenges confronting the peaceful coexistence of Nigeria, tribalism has remained the crux of the issues of the day.

Albeit, the Government has from the outset of the country’s independence, become ardent about tackling the threats to the unity and progress of Nigeria. Despite the efforts of the early Nationalists toward sustaining the sovereignty of Nigeria, it’s rather unfortunate that the internal crackers have remained alive just after decades of years since Nigeria gained independence from the British Masters.

Thus, even though the civil war in 1967– 70 ended on the battlefield but was still being fought amidst a gross display of hate, antagonistic belief system, and tribal jingoism in the country, as being perceived by some tribes.

The above-mentioned, upon the passivity of the popular 3Rs (Reconciliation, Reconstruction, and Rehabilitation), coupled with No Victor, No Vanquish’ declared by the then, head of state, General (rtd) Yakubu Gowon, the loopholes in the 1999 Nigerian Constitution, and the negligence of the ever indelible 2014 Confabulation, among other giant factors have become irrevocably the root of the problems rocking the foundation of Nigeria.

It was, therefore, against this background that in the phase of separatists’ agitation for the peaceful disintegration of Nigeria that the leaders across the three tiers of the government, especially the state governors from the Southeast and the Igbo Socio-cultiral group popularly known as Ohaneze Ndi Igbo, deemed it fit to clamour for restructuring.

Similarly, as agitations for the restructuring of the country continued to take the front burner, some southern leaders on Saturday, October 31st, 2020 called on President Muhammadu Buhari to consider the 2014 National Conference report to save the country from an impending break-up, saying the country is currently bleeding on all edges.

Accordingly, in a meeting between the leaders of the Southeast and the leader of the Indigenous People of Biafra IPOB, Mazi Nnamdi Kanu, on the 30th of August, 2017 in Enugu State, the same demand for restructuring of Nigeria was made.

The communiqué read in part, “The meeting deliberated on the demands of the IPOB and noted its concerns accordingly.

“However, the meeting agreed that these demands by IPOB should not be absolute; rather the South-East governors shall immediately engage the leader of IPOB, Nnamdi Kanu, and the entire leadership of IPOB in further meetings and dial to quicken the resolution of all issues amicably.”

Nonetheless, it’s therefore, worthy of note that just like the usual political abracadabra being employed to persuade the masses into believing in the false ideology of one indivisible country, in addition to the still-born promises by the leaders, the series of meetings were never fruitful and agitations by the separatists groups neglected.

Records have it that even a presidential candidate in the 2023 general election, under the platform of the ruling All Progressives Congress APC, once stated that ‘One Nigeria’ is a fallacy. Although, politics has ever like the eclipse of the sun, blindfolded the people who would ever be at the mercy of certain demagogues parading themselves as the incoming political messiah of the country.

Still, questions about the future of Nigeria can’t be swept under the carpet, due to the growing political interests of the supposed mouthpieces of the common citizens. The degenerative effects of their nightmarish ambitions fall upon the shoulders of the people, especially the youths who have often been at the receiving end of practical bad governance in the country.

Little wonder, a Special Counsel to the Leader of the Indigenous People Of Biafra IPOB, Mazi Nnamdi Kanu, Barrister Aloy Ejimakor has again, as often known for his distinguished assertions, described as a contradiction to say that a nation that hates its one part and loves the other parts can be one.

Barrister Aloy Ejimakor further affirmed that such never happened anywhere in the world, rather than the opposite.

He insisted that anybody who seeks to separate from such a self-conflicted nation has been left with no other option.

In a critical approach to the views of Barrister Ejimakor, one could understand the reasons behind the lingering clamor for the peaceful disintegration of Nigeria. This, therefore, draws credence to the failure of the popular Aburi-Accord. The Aburi Accord or Declaration was reached at a meeting between the 4th and 5th of January 1967 in Aburi, Ghana. The meeting which was attended by delegates of both the Federal Government of Nigeria (the Supreme Military Council) and Eastern delegates led by the Eastern Region’s leader Colonel Chukwuemeka Odumegwu-Ojukwu, would be later rendered fruitless, which eventually became one of the factors that triggered the most horrible experience and pogrom in the history of Nigeria and Africa at large. An unforgettable event tagged against certain tribes.

The issue of marginalization has become a cliche and outdated which ceteris paribus, the future leaders would never attempt to mention at the National Assembly.

In the same vein, the perceived notion that the judiciary is the last hope of the common man has become one of the many good wishes among citizens of a no mean Country.

Meanwhile, the events ahead of the 2023 general election in Nigeria have enough to project the presumed unity and oneness of the country, Nigeria. This hinges on the inability of the Igbos to take over the seat of the president of Nigeria, even after sixty years of independence and over fifty years of civil war.

Lest one forgets, the leader of the Indigenous People of Biafra, IPOB, Mazi Nnamdi Kanu has upon his arrest on 18th of June 2021, at the Kenyan International Airport, and alleged extradition from Kenya to Nigeria by the federal government, been kept incommunicado, regardless of the judgments by different Courts in Nigeria, discharging and acquitting him. The Department of State Service DSS, under the auspices of the federal government, has remained adamant about the court’s orders and continued to keep Mazi Kanu in their custody.

Meanwhile, as the world awaits the outcome of the various outstanding cases of the Leader of IPOB, Mazi Nnamdi Kanu, which includes; the UK Case, the AU case, the UN opinion which has escalated to other tribunals, the Kenyan case, among others, the Extraordinary Rendition Barrister as he is fondly addressed, Barrister Aloy Ejimakor, expresses displeasure with the untoward treatments being meted against certain tribes in Nigeria, especially when matters are not unconnected with his indefatigable client, Mazi Nnamdi Kanu.

One, therefore, questions the moral justification for the perpetual claims that Nigeria remains one and indissoluble when hate and acrimony have become the garments of a particular tribe that is fortunate to be at the helm of affairs of the country, over some other tribes and indigenous people.

The point that Nnamdi Kanu is a separatist Agitator or a self-determination Activist could be justified given the assertion of Barrister Aloy Ejimakor.

The Separatists are justified amidst the growing prejudices and hate in a supposed- indivisible country.

“It’s a contradiction to say that a nation that hates its one part and loves the other parts can be one. It never happened in history. Instead, the opposite happened.
” Anybody who seeks to separate from such a self-conflicted nation has been left with no other option.”
(Barrister Aloy Ejimakor)

One thought on “ONE NIGERIA: Amidst Hate, Lawyer Reveals Options Available For Separatists”