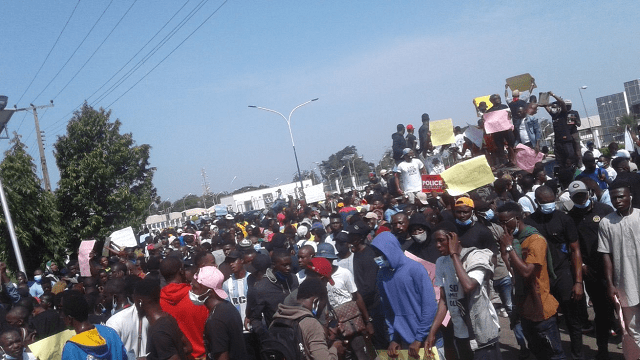 The complete collapse of the leadership of the country has been admitted by His Royal Highness, Ierelu Abiola Dosunmu, Irelu Kuti IV of Lagos.

He said the country’s leaders had disappointed the youths, adding that for this reason, unless certain things are done, the young people will no longer listen to them.

As he appeared on Arise Television on Saturday, the monarch said this, adding, “We have failed as leaders.”

He said, “Right now the children will not listen to any of us unless they see us doing something for them. Unless we do something quickly, it’s going to get worse before getting better.

“I inclusive, I think we have failed in our responsibility to our people. A lot of Nigerian youths are jobless. I was at the palace of the Oba of Lagos yesterday and I saw these children. They are angry. I saw red eyes.

“They didn’t attack any other place but straight to the Oba’s palace. It’s significant. They touched the heart of leadership, a sign that we have failed

“People in govt need to come down to earth and find out what the problem of the people are. We must stop being teachers in government, we need to act as parents to these children.

“Our leaders have been living in their own palace. They have been deceiving each other and that is what has brought us to this point.

“The attack on the palace is a strong message and strike on the heart of the leadership. There is no other message stronger than that.

“The lessons should not be lost on us. The lesson is that our children can deal with us when they want.”