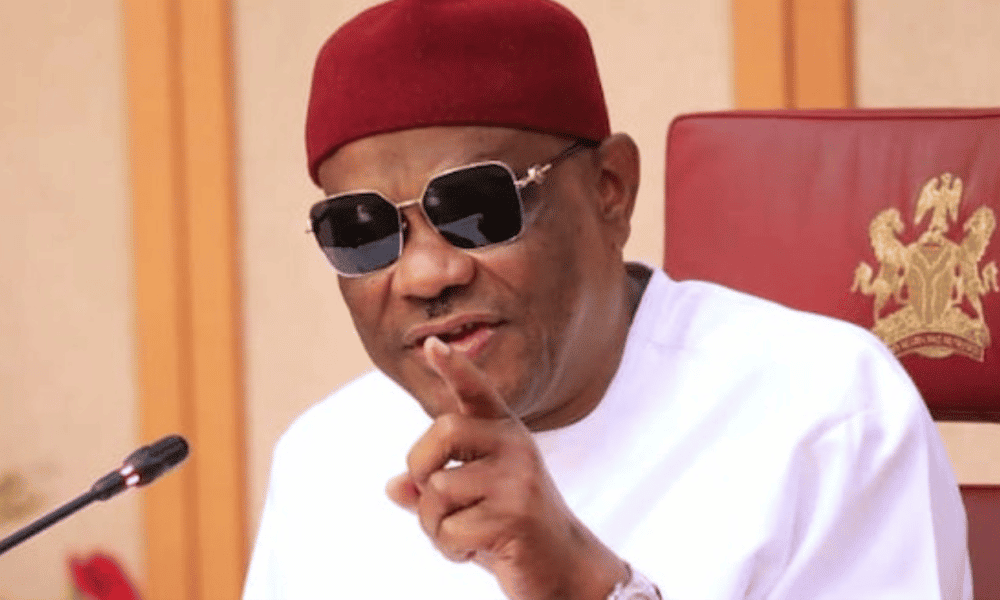 The Rivers State Governor, Nyesom Wike has declared that the Peoples Democratic Party (PDP) in the state will win its Governorship, House of Reps, Senate and State Assembly election in 2023.

According to him, he is not hiding the fact that the Rivers PDP governorship candidate, all the House of Representatives, Senate and House of Assembly candidates would win in the 2023 general elections as far as the state is concerned. Naija News reports that the governor at the inauguration of 319 wards and 32 constituency liaison officers in Port Harcourt today said “PDP will win our State. I am not hiding it as far as the governorship, House of Reps, Senate and State Assembly are concerned. The other one we have not decided until the right thing is done.” Wike, however, revealed that the state was yet to determine what to do concerning the presidential election, adding that it is yet to decide who it will support for the presidency in 2023. The governor also slammed the Rivers Director of Atiku Supporters, Dr Abiye Sekibo, saying he lacks the capacity to speak for the people of the state. He said that Sekibo is a self-seeking politician, who was unable to attract democratic dividends of any kind to the state and his Okirika hometown when he served as a Minister. Wike advanced that people like Dr Sekibo are not always satisfied with the fortunes of life they had enjoyed, or else he would have been quiet in the public space considering his failed leadership capabilities. The governor said: “I watched a video when one Dr Abiye Sekibo, while he was addressing people in his house on Sunday, said he is the director of Atiku’s Supporters in Rivers. I have no problem with that. But he does not have the capacity to speak on behalf of Rivers State. “In that video, he said that River State has been having a close relationship with Alhaji Atiku Abubakar and that Rivers State has always benefitted from Atiku Abubakar. I want to correct one impression, Dr Abiye Sekibo has a personal relationship with Alhaji Atiku, not Rivers State. “Dr Abiye Sekibo was Minister of Transport when Alhaji Atiku Abubakar was the Vice-President of Nigeria. Can you people mention one project in Okrika, I don’t even want to talk about Rivers State, in Ogu/Bolo, one project that he brought down to Rivers State. Is there anyone?” Wike added. Sekibo, who is a former Minister of Transport was reported to have said in the video that “I was a Minister, junior Minister in that matter. But I am proud to say anywhere I go in this state (Rivers), I brought dividends of democracy to Rivers state. “As a junior Minister, I brought the Oil and Gas Polytechnic to Rivers State which is sited in Bonny. There was no Faculty of Law at the University of Port Harcourt since the creation of that institution, but I brought it. “As a Minister, I made sure Kenule Beeson Saro-Wiwa Polytechnic and the Ignatius Ajuru University of Education, even if they are state institutions. I made sure they got a grant of N500 million each.”