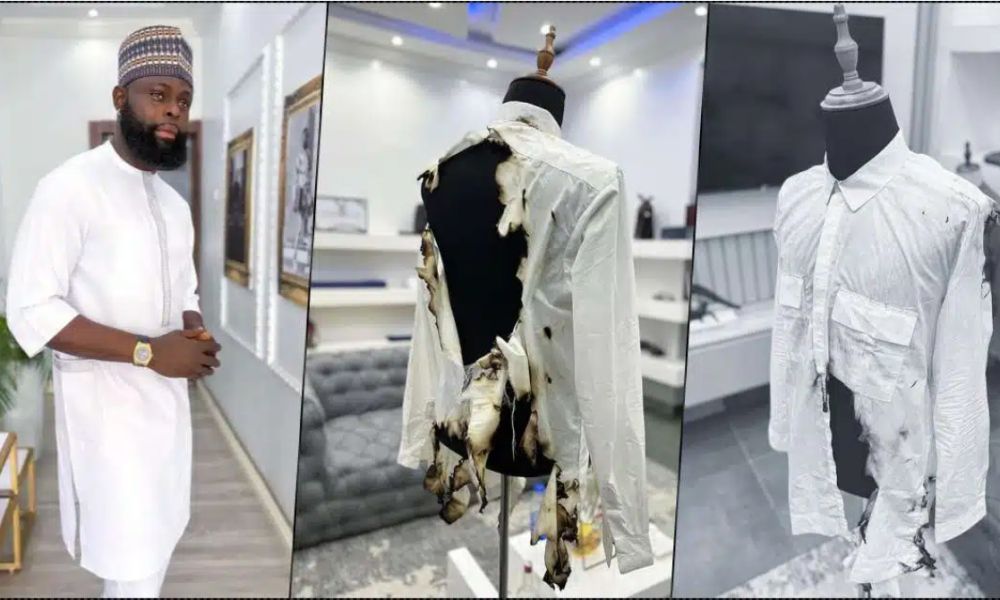 Celebrity fashion designer, Yomi Casual has caused a stir on social media after unveiling his latest shirt design which he said is worth $8900.

This comes after Yomi, on Monday took to his Instagram page, to show off his newest design said to cost N7.1 million.

The shirt design which was colour cream, had some burnt marks all over.

Sharing the photo, Yomi Casual quizzed his fans about the celebrity they think it would fit.

emp_boston9876 wrote: ‘Who made this WEREY clothe should first Rock it.’ oghenekomeowoaka wrote: ‘Hermes will kill this look hands down. Trust him.’

2hadefunke.a, “6.2million to look like someone that is coming from yaba left???”

elizabeth.awodu, “Is this no Yomi casual , who was speaking about people dressing naked ? Abeg what is this ? If not nakedness.”

s_becky1, “If you burn cloth you go de find who you buy am.”

Meanwhile, Nigeria’s Grammy-nominated singer, Tems have revealed the type of man she would like to be romantically involved with.

Naija News reports that the singer who recently co-wrote the lead single for the “Black Panther: Wakanda Forever” soundtrack with beauty mogul Rihanna, Ryan Coogler, and Oscar winner Ludwig Göransson, made this known during an interview.

When asked what it would take to date her, the 27-year-old singer replied saying a man that is smart, not in knowledge but in a way that she will not be able to manipulate him.

In her words: ”You have to be really smart. You have to outsmart me. And nit necessarily in terms in knowledge, but in terms of like life. Just make me feel like i can’t manipulate you.”