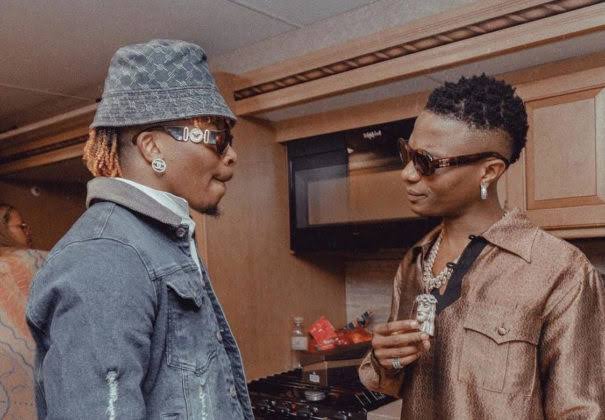 Fast-rising Nigerian music star, Ikuforiji Olaitan Abdulrahman also known as Oxlade, has opened up on the career advice his senior colleague Wizkid gave to him.

He said Wizkid warned him to create his own style of music without copying him. Oxlade made this known during an interview on Kiss FM UK. He spoke about his performance at the 21,000-capacity Accor arena in Paris, France. The 25-year-old singer said the grammy award winner does not want him to follow the same path he took or to make the same mistakes. The singer stated that Wizkid made it possible for him to have his first-ever performance at the prestigious O2 Arena in 2018.

Nollywood actress, Hadiza Abubakar has called out some followers of late BBNaija star, Rico Swavey. Naija News recalls that Rico died on Thursday after a fatal car crash on Tuesday which left him in a coma. Many Nigerians took to social media to mourn the passing of the 30-year-old. In a new twist, Abubakar condemned netizens who clicked the follow button on late Rico Instagram page after his death was announced. Abubakar was taken aback by the rapid increase in the deceased’s followership on Instagram. She wondered why people were suddenly interested in the timeline of a dead person. Questioning why they never showed interest in him when he was alive but only chose to follow him after he passed on.