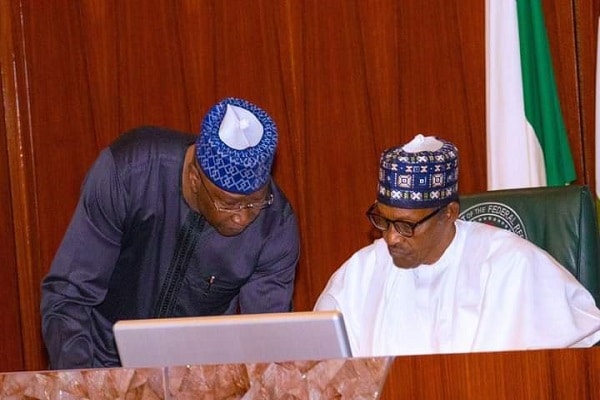 Sequel to the Federal Government‘s resolution that the terror alert raised by the United States (US) and the United Kingdom (UK) was needless and had caused unfounded panic to residents and businesses in the Federal Capital Territory (FCT), the Christian Association of Nigeria (CAN) has come out to warn the federal government not to ignore the terror alert from the U.S. and the U.K.

Naija News gathered that the association noted that it will be helpful if the country can study and work on the situation the U.S. and U.K. raised. The Executive Secretary of CAN, Reverend Yakubu Pam, who gave the warning in Gombe State while speaking to pressmen and CAN members, said the association might not be privileged to such high profile security report as President Muhammadu Buhari, but it’s concerned about Nigerians and worried about the warning. Pam advanced that “I am not a security expert, my job is to ensure peaceful coexistence however you can not do this without listening to security experts and intelligence of different communities in the world. Whatever they have said is subject to consideration by the Nigerian Government and they should make sure that they take certain actions on what they have said.” The CAN executive secretary bemoaned that the election season is approaching and the period is always characterised by insecurity in most parts of the country, so the federal government should not be ignoring such warning at this time. Pam, who appealed to Christians to be more security conscious and pray for the nation, pointed out that “Yes we are in a most challenging time in our country. We always know that anytime we are close to any general election, there are going to be a lot of insecurity issues that will come up so we always sensitize our people not only to be security conscious but also pray on it because most of these things are caused by the evil ones. “We also speak to the government to get the youths engaged meaningfully because most of the jobless youths out there are up for grabs by people who will engage them because of the poverty that is ravaging the country. A lot of people are looking for who will give them what to eat. “Government should do everything to increase the level of employment and ensure that the private sector also engages in community social responsibilities. Regardless of how much people will be paid, I think when people are engaged, it is very important for security.”