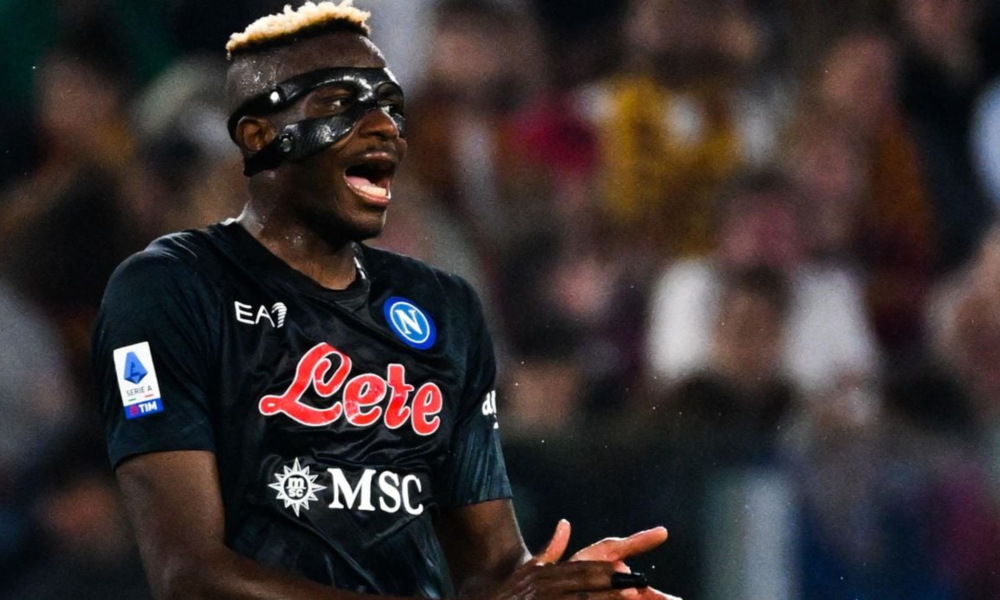 In the victory on Saturday, the Super Eagles’ talisman scored his first hat-trick for the Italian side. Naija News recalls that Partenopei forward made his long-awaited comeback by scoring in Napoli’s victory over Ajax to secure their place in the round of 16. After scoring six goals in his last four appearances, Nigerian International has re-established himself as a key player for Luciano Spalletti. However, there are rumours linking the 23-year-old away from the Italian club, with big clubs keeping him as one of their top summer targets. In the meantime, reports claim that the Italian powerhouse has slapped a hefty price on the Nigerian striker’s head. Four minutes into the game, the Nigerian international scored the first goal for the home team after Kvicha Kvaratskhelia set him up. In the 19th minute, Osimhen scored the second goal of the game. The third was added in the 39th minute by Kvaratskhelia. 23 minutes from the end of the game, Osimhen scored his third goal and Napoli’s fourth. In his last eight league appearances for Luciano Spalletti’s team, he has now netted eight goals. Napoli has not lost in Serie A yet this season.