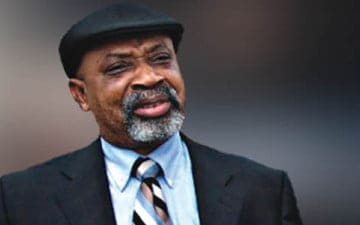 The All Progressives Congress (APC), Anambra chapter has berated the Minister of Labour, and Employment, Dr Chris Ngige for refusing to publicly endorse the presidential candidate of the party, Bola Ahmed Tinubu.

Recall that the minister, during an interview on Channels Television had refused to make a choice when the host asked whom he preferred between Tinubu and Labour Party (LP), Peter Obi. He stated that it would be hard to choose between the duo as both presidential candidates were his friends. Reacting to the minister’s stance in a statement released on Sunday in Abuja and personally signed by the Anambra state chairman, Chief Basil Ejidike, the state chapter of the party dissociated themselves from the minister’s comment. The chairman revealed that the party had started grassroots mobilization for the victory of Tinubu. According to him, Anambra APC will work hard to give Tinubu a surprising result at the polls. Ejidike insisted that whatever Ngige said during the interview was simply personal and did not represent the position of the party in Anambra state. The party chairman said; “Ngige never said he represented the party during the interview and whatever he said was personal and does not reflect the position of the party in Anambra state.” He went on to notify the general public to disregard misconceptions that Senator Ngige’s response in the said TV interview might have caused, adding that Anambra will honour Tinubu and the party with massive votes in the forthcoming general elections.