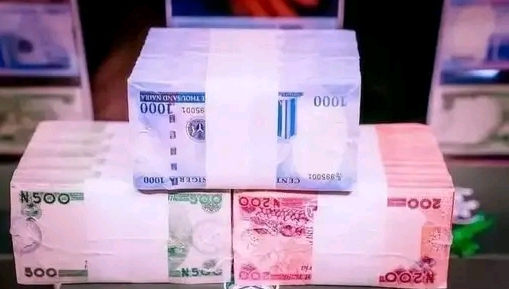 Banks have reduced the volume of new naira notes they dispense to customers per cash withdrawal by about 50 percent leading to increased anxiety over the January 31st deadline when the old notes will cease to be legal tender.

Meanwhile, the Central Bank of Nigeria, CBN, in a bid to protect Nigerians from falling to counterfeiters, has released details and positions of the security features in the new N200, N500, and N1000 notes.

A Source investigation revealed that some banks now give their customers N4,000 in the redesigned N1,000 note for cash withdrawal of N100,000, while some give N5,000 in redesigned note per N200,000 cash withdrawal.

This is a sharp reduction from the N10,000 in redesigned notes given to customers per N100,000 last week when the banks commenced circulation of the new notes.

Lamenting the limited supply of the new notes, a bank customer at the Access Bank branch, Ikotun Lagos, Mrs. Sarah Okoyomo, told Vanguard, “I just withdrew N50,000 over the counter and was paid N48,000 old notes and N2,000 new notes. How can these new notes circulate with such little disbursement?”

The situation was also the same at the Igando branch of First Bank, where Oluwashina Olabode, a Point-of-Sale (PoS) operator, told Vanguard that the rationing of the redesigned naira notes has worsened due to scarcity adding that his customers also complained about paying them in old notes instead of newly redesigned notes.

“I am afraid that CBN’s January 31st deadline for depositing old notes will not work with such a kind of sharing.

Meanwhile, the CBN, in a bid to protect Nigerians from falling to counterfeiters, has released details and the position of the security features in the new naira notes.

This is coming on the heels of an alarm raised by a PoS operator in a video alleging that a customer performed a transaction through his wife’s PoS using a fake of the redesigned N1,000 note.

It could be noted that in a circular showing the security features, the CBN said the front of the N1,000 note contains the intaglio raised print, windowed metallic security head, portrait watermark, and kinegram (a gold stamp with an image of N1,000 and coat of arms in it).

The back of the new N1,000 contains the iridescent band, optically variable ink (changes from blue to green with a change in view angle), a see-through printing register, and raised intaglio print.

The front view of the N500 naira note contains a hand-engraved portrait, windowed metallic security thread (with CBN inscription), portrait watermark, CBN 500 watermark, Optically variable ink (changes from blue to green with change in view angle), and a silver patch (antiscan) with an embossed coat of arm and a see-through (printing in register). The back view of the note contains a see-through (printing in register) and raised intaglio print.