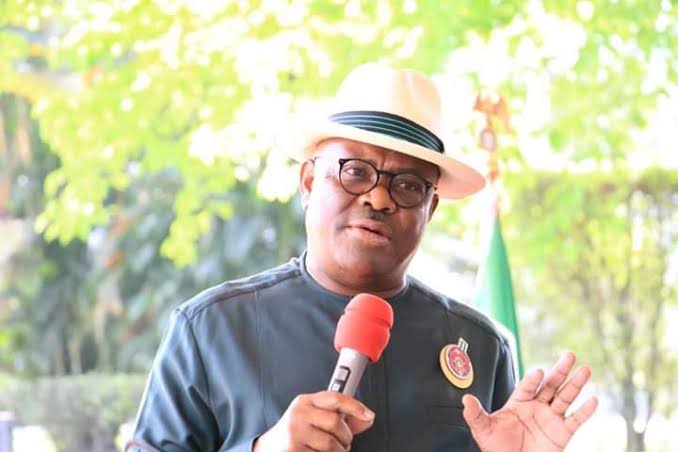 Elder statesman and pioneer spokesman of the Pan Niger Delta Forum, Chief Anabs Sara-Igbe has called on all political parties to challenge the Executive Order 21 signed by the Rivers State Governor, Nyesom Wike, in court.

Naija News recalls that Wike had earlier initiated the Executive order 21 which stops all political parties from using all state owned facilities for campaign purposes except a payment of N5m is made. Reacting to the development, Sara-Igbe, argued that the order was not backed by the constitution, adding that it was obnoxious and the height of political intolerance. The statesman who is currently the National Coordinator of the South-South Elders Forum, said this in a statement issued in Port Harcourt on Wednesday and made available to newsmen. He said, “The action of the Rivers State Governor in respect to the Executive Order 21 asking political parties to apply to the Hon. Commissioner of Education for permit and as well pay the sum of N5 million before carrying on with their campaigns in public schools premises and other public squares, is not covered by the Constitution. “Therefore contrary to Chapter IV, Section 40 of the 1999 Constitution of the Federal Republic of Nigeria, which provides for the right to Freedom of Association and Assembly. The Governor is only trying to intimidate, suppress, stifle, harass, arm-twist and cow other political parties from carrying out their legitimate campaigns for the 2023 elections.” Sara-Igbe, however, said that he was not surprised at the development, insisting that it was Wike’s usual antics of repressive governance. While noting that the Order 21 was made in bad faith by the governor who is a lawyer and life bencher, he said it “is most unfortunate and a ridicule to the Nigerian Body of Benchers.” The Board of Trustees member of PANDEF further said “It is a product of executive rascality and the height of political intolerance exhibited by the Governor of Rivers State. “The obnoxious Executive Order 21 is a deliberate move by the Governor to constrict and stiffen the political space in Rivers State, weaken the strength of other political parties and kill fair electoral contest with the sole intention of conferring undue political advantage on his party against other political parties ahead of the 2023 General Election. “It is sad that Governor Wike’s continuous undemocratic actions have continued to portray him as the biggest threat to the survival of democracy in Rivers State. “The so-call Executive Order 21 cannot withstand legal interrogation because it lacks constitutional backing. If the actions of the Governor are not checked, it may snowball into a major political crisis in the state.”