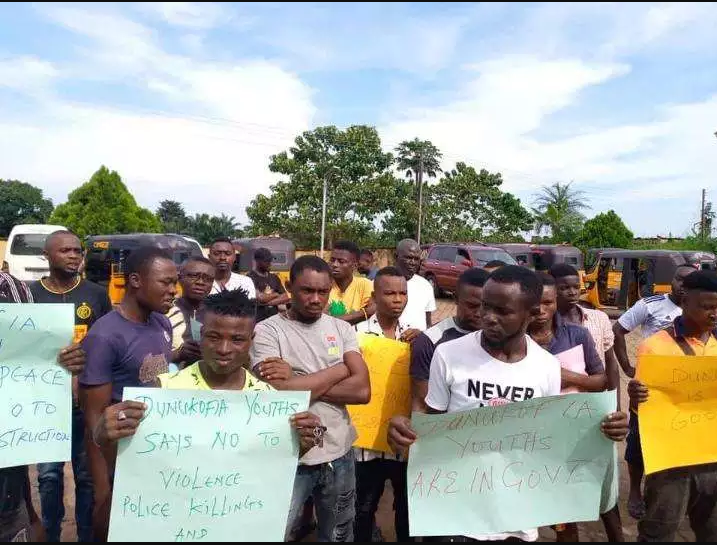 In support of the call by the Anambra State Government for unity, an end to violence and the destruction of public property caused by the excesses of hoodlums operating under the guise of # EndSars protesters, youths of Dunukofia led by the Chairman of the Transition Committee of the Local Government Region, Engineer Emeka Okonkwo, held a peaceful march across major districts of the Council.

The youths held banners with various inscriptions, under the aegis of the Anambra State Association of Town Unions, ASATU, Youth Wing, and other youth groups in the council, narrating their frustration with the spate of violence experienced in Anambra State in the name of # EndSARS protests, alerting assailants to stay away from Dunukofia Local Government Area.

The Transition Committee Chairman of Dunukofia Local Government Area Engineer Emeka Okonkwo, who addressed the youths before the march, reminded them of the moral and civic importance of protecting their local government.

He commended their move and went further to clarify that Governor Willie Obiano had taken a landmark step with his address to address the original idea of the protests and the investigative panel set up in Anambra State to investigate police brutality.