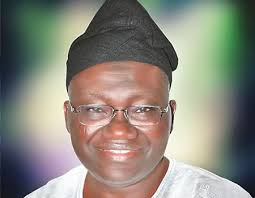 The Labour Director, All Progressives Congress (APC) Presidential Campaign Council, Mr. Isa Aremu, has affirmed that the party’s presidential candidate, Sen. Bola Tinubu will prioritize the welfare of workers if elected in 2023.

Aremu stated this when he met with leaders and members of the Plateau chapter of the Nigeria Labour Congress (NLC) on Sunday in Jos.

The director who extolled President Muhammadu Buhari for being good and friendly to Nigerian workers advised them to vote for someone who would continue with such a noble legacy.

Aremu who is also the Director General, of Michael Imoudu National Institute of Labour Studies, Ilorin, Kwara, however, acknowledged that the country is being faced with various challenges, but expressed optimism that the incoming administration would be labour friendly.

He maintained that Tinubu if elected, will not only continue with the legacies of the current administration regarding workers’ welfare but introduce new ones that will better the lots of Nigerian workers.

In his words: “No doubt there are a lot of challenges facing this country and we can’t deny it but one thing we can say is that President Buhari is a labor-friendly President and the facts are there for everyone to see.

”One thing he did is that he resisted the pressure to retrench workers; even in the face of recession and the COVID-19 pandemic that ravaged most economies of the world, he never thought of retrenchment or downsizing the workforce.

”Every comrade respects employment, security of jobs, regular payment of salaries, a decent job, industrialization, human rights, among others, rs and this government has made it obligatory to pay salaries as at when due

”The President gave bailout in three tranches to governors to pay salaries of their workers and also approved and implemented the N30,000 minimum wage,” he said.

Aremu advanced that if voted, Tinubu will not only continue with the legacies of the current administration about workers’ welfare but introduce new ones that will better the lots of Nigerian workers.

He added that of the major political parties in the country, the APC remained the only one that had demonstrated the willingness to ensure the Nigerian worker doesn’t suffer.

”We strongly believe Tinubu will be the one to continue with the legacies of the current government in terms of addressing labor-related matters.

”Not only that his records in Lagos it all; he was the only governor who approved and implemented the same minimum wage for his employees as that of the Federal Government workers.

”His manifesto speaks volumes because Tinubu will create decent jobs and so comrades, let’s shine our eyes as we go into the next election,” he said.

The director said that the Labour Party, a brainchild of the labour unions in the country, had deviated from its original plan, hence the need for an alternative one that would move the country forward.

”We are not here for flattery, and yes we formed the Labour Party and I even contested on its platform for the governorship of Kwara in 2019.

”But the Labour Party of today is not what we used to know; it has completely moved away from its original plan.

”As unionists, we can struggle but we must go into government so that we can influence policies that will be of great benefit to workers,” he said.
(NAN)