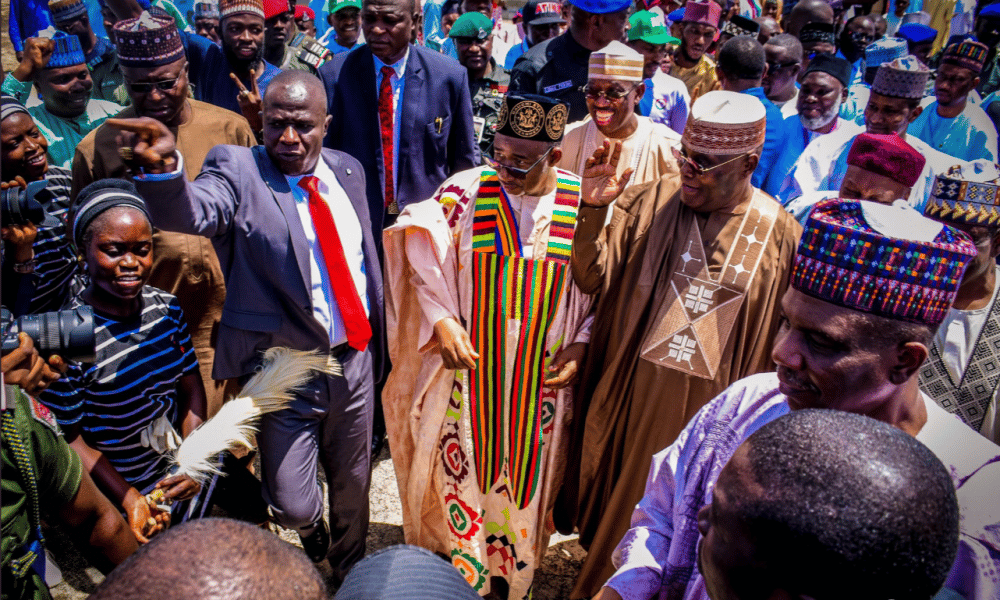 The 2023 presidential candidate of the Peoples Democratic Party (PDP), Atiku Abubakar on Wednesday boasted about the nation’s main opposition camp as the oldest and largest in Nigeria.

Naija News understands that the presidential hopeful made the assertion while speaking today at the Abubakar Tafawa Balewa Stadium in Bauchi State. The former Vice President visited the state to woo the citizens into PDP ahead of the 2023 general election. Addressing a mammoth crowd of supporters at a rally, Atiku said there is no other party that is better than PDP in Nigeria. This is as the presidential candidate reportedly received defectors from various political parties including the All Progressives Congress (APC) across the state. “There is no better party than PDP in this country. We are the oldest, we are the strongest, and we are the largest. “Therefore, I want to use this opportunity to congratulate the people of Bauchi and the governor of Bauchi, Bala Mohammed, for the achievement and I believe when we start the real presidential campaign, we will witness a larger turnout,” Atiku said. Naija News understands that the rally was attended by the PDP National Chairman, Iyorchia Ayu; PDP Chairman in Bauchi, Hamza Akuyam; as well as the spokesperson of the PDP presidential campaign council, Dino Melaye.

Governor of Anambra State, Charles Chukwuma Soludo on Wednesday denied claims that he is planning to truncate the ambition of the Labour Party presidential candidate, Peter Obi. Naija News reports that the governor made this known in a statement released by his media aide, Christian Aburime, and made available to journalists in Awka today. The statement follows a report that Soludo ordered members of the All Progressives Grand Alliance (APGA) in Anambra to work against Obi at the polls. According to the report, Soludo charged Anambra APGA to work against Obi because he was dreaming of the Presidency after Atiku Abubakar. But in a statement by Aburime, the governor said that at no time during the APGA meeting was Obi mentioned or his presidential ambition discussed. The statement reads, “We note with disdain the fallacious and distasteful publication of a write-up with the above heading by faceless individual(s). “We would have chosen to ignore this mischievous and utterly despicable report, but for the benefit of a few innocent Ndi Anambra who could be mis-informed by the write-up. “The following should, however, be noted: That Governor Chukwuma Soludo, CFR, only held a private meeting with his party members of the APGA. This meeting is a routine gathering where issues concerning APGA are discussed. “At no time during the meeting was Mr Peter Obi a point of discourse. It is pertinent to note that issues discussed at the meeting were purely issues relating to APGA affairs. “We therefore urge Ndi-Anambra and members of the general public to completely ignore and disregard the publication in all its entirety.”