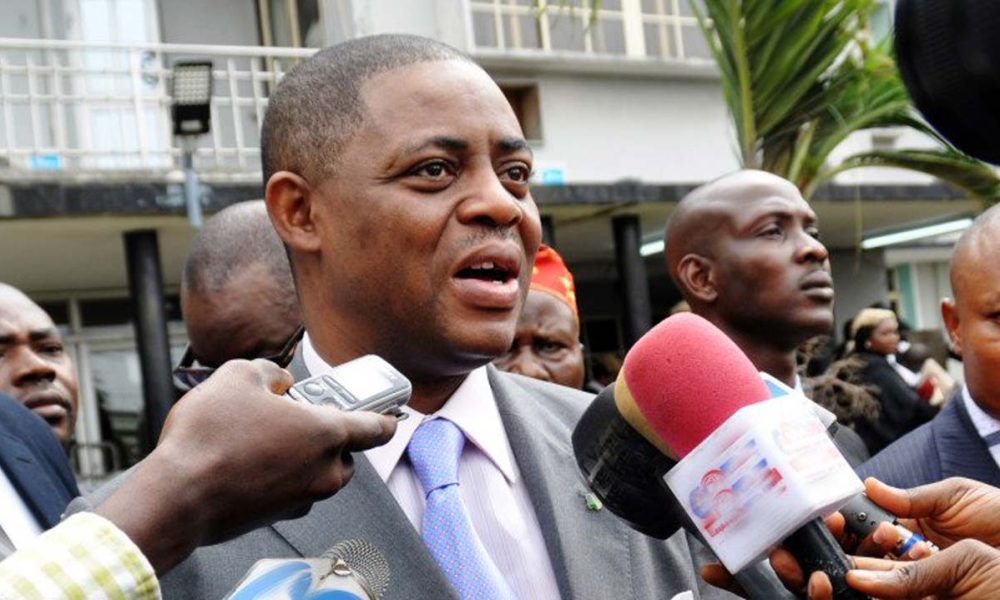 The Director of New Media of the All Progressives Presidential Campaign Council, Femi Fani-Kayode, has said the Peoples Democratic Party (PDP) has lost its aggrieved five governors.

Naija News reports that Governors Nyesome Wike (Rivers), Samuel Ortom (Benue), Seyi Makinde (Oyo), Okezie Ikpeazu (Abia) and Ifeanyi Ugwuanyi (Enugu) are at loggerheads with the party leadership over the call for the resignation of the National Chairman, Iyorchia Ayu. Speaking to reporters on Wednesday in Abuja, the former Minister of Aviation said the opposition PDP has lost the aggrieved governors because it was unable to manage tendencies within the party. He equally described the allegation by the PDP and the CUPP that the APC was trying to stop the use of Bi-modal Voter Accreditation System (BVAS) in the 2023 elections as ‘nonsense’. He said: “The answer to that is absolute nonsense. It’s what you call poppycock. And these are the words of a drowning party spoken by a drowning man with a drowning candidate. “There is nothing like that. We are above board, we are serious about what we are trying to do, we are going to achieve our objective, we are going to win this election fair and square. And they are the ones that have lost five governors. They’re the ones that can’t get their party leaders to come to their rallies at their presidential inauguration. We don’t have that challenge. We are working slowly but surely. As one together, everybody’s coming together. And I’m very proud to be part of this.”

Fani-Kayode asserted that the controversy surrounding the All Progressives Congress (APC) campaign list has been addressed at the meeting and the inauguration of the members will be done soon. The APC chieftain said all party stakeholders will be speaking in one voice, adding they are all working towards an objective, which is to launch the campaign as soon as possible. According to him, “This meeting we just had has more or less clarified everything, that is why the Publicity Secretary of the party, is here; that is why all the four media directorates in the PCC were represented. Everybody was there, the governors, the PCC. “We are all speaking as one; we all  agree on everything. We’re working towards an objective, which is to launch as soon as possible and not to come out strongly and there’s really no hurry about this as far as we are concerned.”