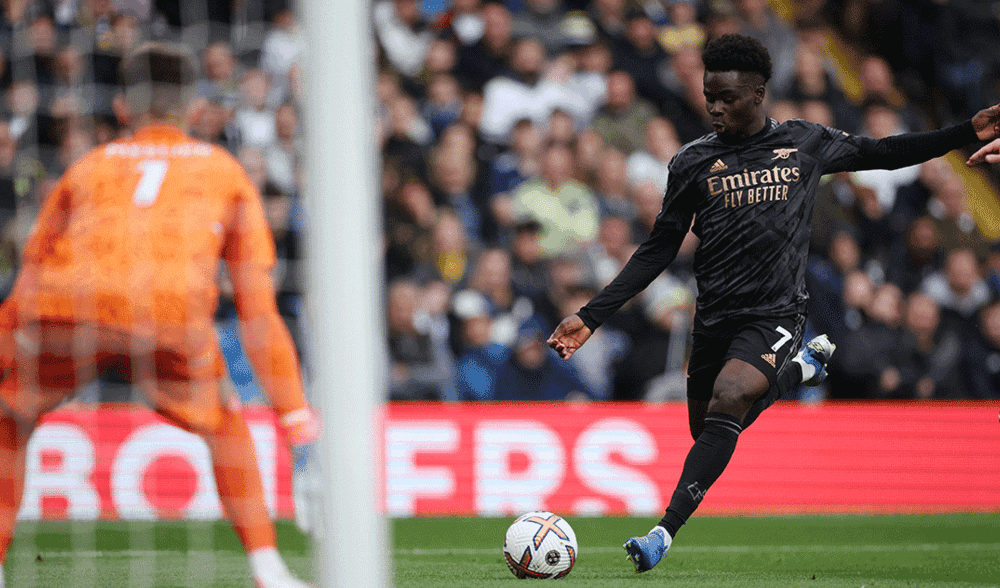 Arsenal, who are currently on top of the Premier League, held on to defeat Leeds in a thrilling finish after a power outage caused the game to start about 40 minutes late.

After 23 seconds of play, the match was stopped by the referee Chris Kavanagh due to a power outage at Elland Road. As a result, Kavanagh was unable to communicate with the VAR officials and goal-line technology was also down. After resumption, Bukayo Saka, who was outstanding, capitalised on Rodrigo’s errant pass to score the game-winning goal in the first half by exchanging passes with Martin Odegaard and slamming in high at the near post. The Englishman, Patrick Bamford, almost had an immediate impact after coming on at the beginning of the second half, but his close-range shot was disallowed for a move on Gabriel. When Leeds striker Patrick Bamford was kicked out by Arsenal’s Gabriel Magalhãesin stoppage time, the 37-year-old referee sent Gabriel off and gave the home team a penalty. Later, both decisions were reversed after Kavanagh watched the incident on the monitor. Leeds were given a penalty before the stoppage-time when it was determined that William Saliba handled the ball, but Bamford swept his shot wide. The Peacocks mounted on the pressure, but Aaron Ramsdale deflected Brenden Aaronson’s long-range shot. After a very strong start to the season in which they have won nine of their first 10 Premier League games, Mikel Arteta’s team is now four points ahead of Manchester City.