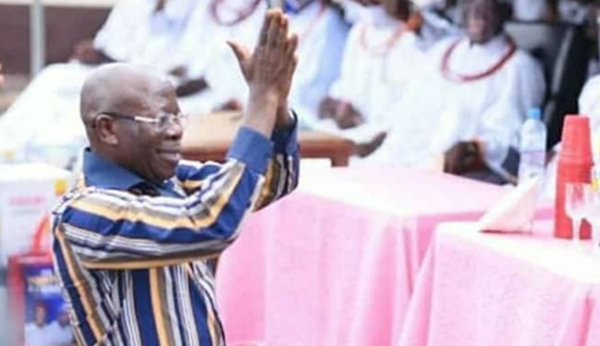 The Edo State chapter of the Peoples Democratic Party (PDP) on Monday described as amusing, the picture of a former National Chairman of the All Progressives Congress (APC), Adams Oshiomhole, kneeling down to ask for forgiveness for supporting Governor Godwin Obaseki in 2016.

The ex-Edo State governor had told APC supporters in Benin City on Sunday that he honestly regretted supporting his estranged political godson in 2016.

Oshiomhole added that he supported Obaseki’s governorship aspiration four years ago to ensure the continuity of his projects and programmes.

He said: “I have made my honest mistakes. Only God is perfect. I am now 68 years. I have come to apologise for the mistake of supporting Obaseki in 2016.

“I am in Edo to repair my mistakes. God had a reason for what happened to Ize-Iyamu in 2016. Leaving as the National Chairman of APC is to give me enough time to correct my errors.”

“Obaseki pretended for almost eight years, while he did not believe in what I was doing as the governor.”

However, in his reaction to the development, the PDP Publicity Secretary in Edo State, Chief Chris Nehikhare, told journalists the show by the former governor was aimed at hoodwinking Edo electorates ahead of the September 19 governorship election.

He said the move would fail as Edo people were wiser.

Nehikhare noted that Oshiomhole’s campaign of calumny against Ize-Iyamu in 2016 was still fresh in the minds of the people.

The publicity secretary said: “Edo people cannot trust the APC and Oshiomhole because the latter had during the 2016 Edo governorship election disparaged and publicly campaigned against the APC candidate (Ize-Iyamu).

“He cannot be trusted. He has come out again to beg Edo people for forgiveness, which is another ploy to deceive the people.

“Oshiomhole cannot now say he regretted supporting, Mr. Godwin Obaseki during the 2016 election and canvassing support for the APC candidate

“He told the people in 2016 to reject Ize Iyamu and he has suddenly become his favourite candidate for the September 19 governorship election.”