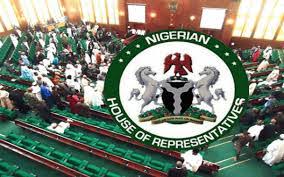 The House of Representatives has urged Nigerians to disregard the letter recently made public by the Minister of Niger Delta Affairs, Senator Godswill Akpabio, naming the lawmakers that allegedly cornered 60 per cent contract of the Niger Delta Development Commission (NDDC).

Akpabio, had on Monday, released the full version of the letter that he sent to the House of Representatives, naming lawmakers who allegedly got contracts from commission.

The House, in a statement that was issued yesterday night by its spokesman, Hon. Benjamin Kalu, described the allegation as spurious and a calculated attempt to distract Nigerians from the ongoing investigation.

It said the minister should stop deflecting attention from the demand to give an account of how the commission spent N81.5 billion.

The House also said that projects presented by the minister are not within the scope of the investigation and have not addressed the leadership’s ultimatum for him to publish the list of names of the members who he claimed took 60 per cent of NDDC projects from January to May 2020.

The House stated that it is still considering the documents submitted by Akpabio and would sue him if the circumstance demands.

‘’Following a motion unanimously adopted by the House, an investigation was ordered into the activities and financial malfeasance of the Niger Delta Development Commission (NDDC) and its Interim Management Committee (IMC) between the periods of January to May 2020.

‘’In a coordinated and calculated attempt to distract Nigerians from the on-going investigation, the Minister of NDDC and the leadership of the IMC raised spurious allegations against members of the National Assembly. The minister claimed under oath that 60 per cent of all the NDDC projects under investigation were awarded to members of the House between the months of January and May 2020.

‘’Following this disturbing allegation, the leadership of the 9th House issued a 48-hour ultimatum to the Minister to publish a list of the legislators allegedly awarded 60 per cent of the entire projects of NDDC between January and May 2020. Instead of publishing the list for the world to see in the interest of transparency, the minister in his usual diversionary tactics, choose to send an irrelevant 8-paragraph private letter to the Speaker regarding projects of 2018 which pre-date the 9th House of Representatives. The House, therefore, reiterates that the minister failed to meet the ultimatum issued by the Speaker as a letter with annexures addressed to one person does not amount to a publication.’