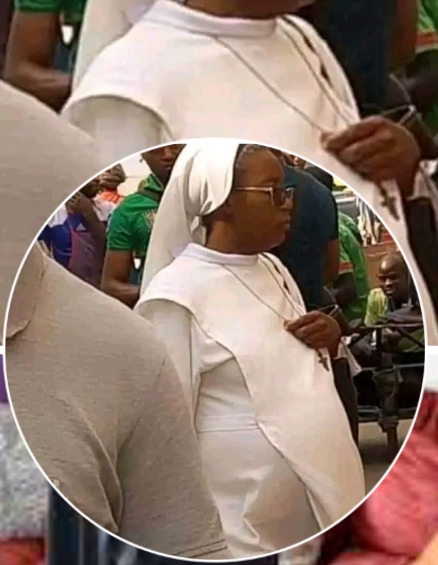 It’s not common in society that Reverend Sisters get pregnant or even give birth, having been ordained and therefore, under an oath to remain sacred and single in the service at God’s vineyards.

Meanwhile, society had in seldom cases witnessed Reverend sisters or Nuns get pregnant and give birth, as in such cases, victims are suspected of abortions, which is another unimaginable sin. In occasions like this, the accomplice would with immediate effect relinquish her position and therewith, be sacked from the convent.

In the same vein, such Nuns or reverends Sisters are usually stuck on the fence when questioned about the persons responsible for the pregnancy. This is often found to be done by some Reverend fathers considered to be escapades and or amongst those of them that keep secret lovers.

Biblically, man is reminded not to judge the anointed or do the prophets any harm. This goes a long way to justify why the lives of Reverend sisters and Nuns usually don’t draw the attention of society,

It’s on record, how a reverend sister in Italy got pregnant some few years ago and gave birth to a son.

This is what she said when asked who got her pregnant, “I did not know I was pregnant. I only felt stomach pain,” the nun was quoted as saying at the hospital, the Italian news agency ANSA reported”.

La Repubblica is the Reverend Sister’s name. She still didn’t mention or name the person who got her pregnant. All she did was name the child after Pope Francis. What an epic name.

Albeit, this is just one of the numerous cases of nuns or Reverend Sisters getting pregnant. Nonetheless, some bold ones do quit and get married, and some who are not very bold usually hide to abort the pregnancies to avoid being noticed.

Photo of Reverend sister who appears pregnant stirs reactions online as people got hilarious seeing her walk in the public domain.

Some commentators said she could be suffering from a fibroid, while others said she is pregnant. In any case, “the Reverend Nun/ sister has a sizable belly of a four to six pregnant woman. No suspicion, something might have gone wrong somewhere.” Critics said.

In the words of Sen Chijinkem Ugwuanyi,” Don’t touch my anointed and do my Rev Sister’s no harm.