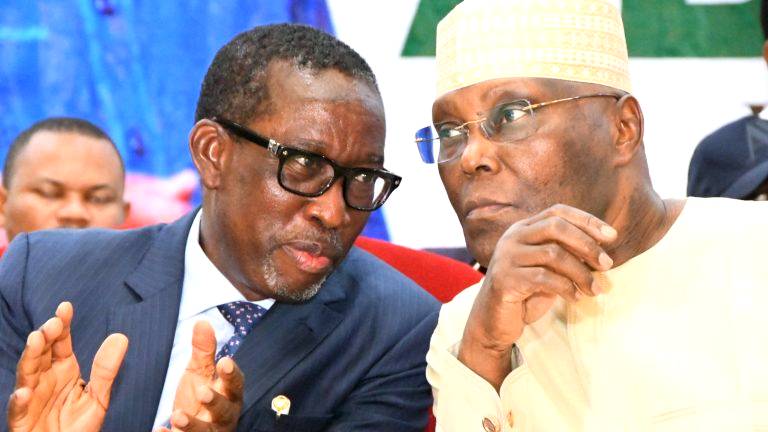 In a congratulatory message by his Chief Press Secretary, Mr. Olisa Ifeajika, in Asaba, the governor commended Alhaji Abubakar for his remarkable commitment to the unity and progress of the nation through his economic and political activities.

Okowa said that Atiku’s determination to rescue and liberate Nigeria from the shackles of underdevelopment and maladministration remained inspiring and truly worthy of commendation.

He remarked that Atiku Abubakar’s wise and consistent admonitions on national issues and his role in the defense and promotion of democracy in Nigeria were evidently nationalistic and desirably outstanding and impactful.

He affirmed that the Wazirin Adamawa unarguably remained a detribalized Nigerian and unifier, whose benevolence had positively affected many lives, transcending tribe, religion, gender, social status, and partisan frontiers.

“On behalf of the government and people of Delta, I congratulate our great leader and patriot, Presidential Candidate of our great party, the Peoples Democratic Party, Alhaji Atiku Abubakar, as he celebrates his 76th birth anniversary.

“As one of the greatest employers of labour in our dear country, you have continued to genuinely provide opportunities for people to eke out a living from their innate potential.

“Your massive investments in education, agriculture, media, hospitality, water, and oil, and gas have continued to add to our nation’s Gross Domestic Product (GDP) and in the reduction of poverty in the country.

“You have made outstanding contributions to the socio-economic and political growth of Nigeria and we will continue to be inspired by your patriotism and love for this great country.

“As a large-hearted philanthropist and outstanding statesman, you bestrode Nigeria’s political landscape like a colossus by commanding mass followership across the country.

“As you celebrate your 76th birth anniversary, it is my prayer and that of millions of Deltans and Nigerians that God will continue to strengthen you in your service to Him and humanity,” he said.

Okowa also made supplications to God to strengthen the Atiku-Okowa presidential mission, saying that it was geared toward rescuing Nigeria and re-engineering its economy.