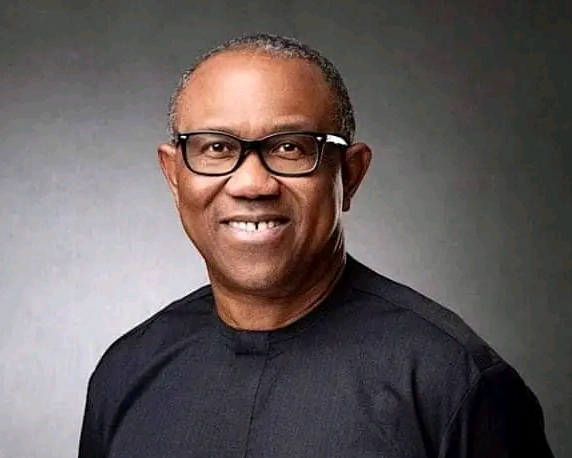 AHEAD of the 2023 presidential election, necessity has continued to give to ideas and invention, as supporters of the various parties’ candidates come up daily basis with different types of cases to promote their principal.

Some have gone as far as creating both online and offline gimmicks, while others carry out their activities on individual levels.

Again, an ObiDient supporter of the Labour Party Presidential candidate, Mr. Peter Obi, with a Media handle name, Mc Glad, has given a candid expression likened to the portrayal of envy and jealousy in man, when he compared the fame of Mr. Obi and the indefatigable success of Portuguese striker, Cristiano Ronaldo.

According to the young political analyst, envy and jealousy could cause a lot of hindrance to groups or individuals whose intention is to pull others down.

His opinion read in part:
“My Father would always tell me that a bad work Man Always blames his Tools for his incompetency. I have realized that Envy and Jealousy could motivate high levels of Blackmail.

“This November 22, The world has had tonnes of Envy and Jealousy to the fullest. Blackmail becomes very cheap when it is thrown against somebody already on the Top.
“I am not a Man U Fan★ Not a big fan of Ronaldo either but the recent post by New Man U Coach is more Like a Hate Speech.
“After watching the Portuguese Match Yesterday, I was shocked to the marrow how the same Ronaldo that is old and can’t perform at a high level started a match, Was the most Aggressive attacking Forward, had shots on target, and still committed Ghanaian Defense to a Penalty that opened up a goal for his team.
“This has made Ronaldo the first player to score in Five world cups.
“Ronaldo was Aggressive, never tired up to 87 minutes of play, He was removed not because he was tired but the because coach felt it was over with 3-1and needed to rest his key players in r next match.
“If the Coach had said the team members don’t always want to cooperate with Ronaldo because of Jealousy, I would understand but attributing it to his performance is cheap talk.
“This reminded me of a Governor who had borrowed 100 billion nairas within three months of his tenure, trying to cajole one of his past Governor’s Investments knowing fully well that the same governor never borrowed 1 kobo till his 8yrs and still outclassed others.

“Prof Soludo and Man U Coach have made November 22 The Envy and Jealousy month across the World.

“Professor Soludo was just talking because he wants to be the first Igbo man to try Nigerian presidential Ambition and was surprised how Mr. Peter Obi could emerge a candidate without ethnic or Party support.

“The worst is that Man U Coach had not achieved without Ronaldo either. I don’t know who is bringing who down. Man U Or Ronaldo? “My Opinion is, it’s Manchester United that is bringing Ronaldo’s profile down Instead.

“Lesson- Don’t follow anyone out of respect or love, they are all after what to gain immediately.
Manchester City priced Ronaldo higher than any team. Recall that Ronaldo pledged his loyalty to Fargonson concerning his humble beginning but watch what he is getting in Return.
The World and life are Businesses of personal interest. Therefore, run your Race.
“Peter Obi is already Running his race irrespective of the level of Blackmail coming from his Region.”