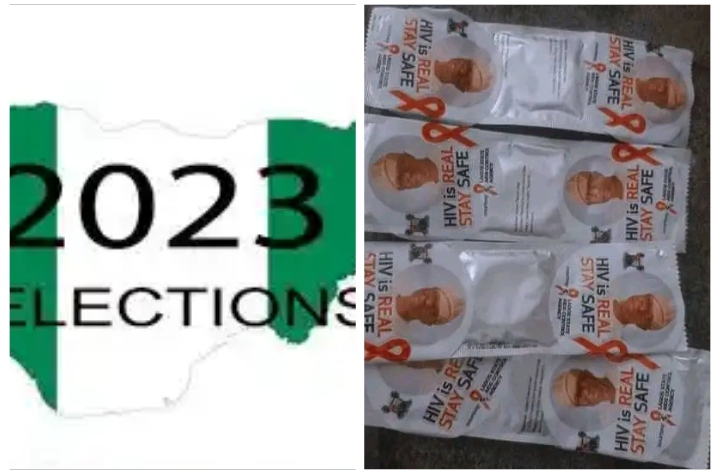 When the public thought they have seen it all, more events would evolve and take over the trends. This time around, it’s no longer the usual political abracadabra as Nigerians prepare for the 2023 general election.

A series of political parties, candidates, and supporters are fast-growing in popularity over their ability to think out of the box in the quest to secure victory in the upcoming polls.

Often, Nigerian Politicians are seen to become very passionate about the future of the people in society, especially when General Elections are at hand. Electioneering campaigns and other related activities hit the polity in anticipation of a new dawn in the political spectrum of different tiers of the government. Politicians go about making mouthwatering promises to the masses.

Nowadays, just barely three months to the 2023 general elections in Nigeria, a state governor whose mandate is to uphold the oath of office taken to secure the lives and property of the people who voted the administration in power, as well as providing a stable and sustainable environment that would guarantee growth and development of the entire system could be linked to acts of mediocre at best in form of campaign strategies.

Nigerians, especially the Lagos State residents would be amazed at some point in times like this when unthinkable ideas emerge to take over the traditional campaign gimmicks in the country.

Little wonder, a good number of people no longer care about the spread of the killer disease popularly known as the Human Immune Virus HIV, and its counterpart, Acquired Immune Deficiency Syndrome, AIDS, due to some reasons not far from the public knowledge.

The health awareness/campaign on the danger inherent in the sporadic spread of the deadly virus amongst this current generation of Nigerians has long ago died off.

Recall how the eruption of the virus caused global worries and the proactive approach to the emergency department which assisted in no little measure to contain it from spreading and killing those who contracted it across the globe.

Society does not have to worry about the virus ever since the drugs that have the efficiency of containing the virus longer and seemingly keep the contagion healthier emerged.

Today, amidst the surging spread of the Human Immune Virus among the members of the public, some governor has deemed it necessary to gift their supporters a little bit of protection.

This has triggered mixed reactions as some critics have come up to lash at the caring governor, while others are on the fence amidst overwhelming astonishment.