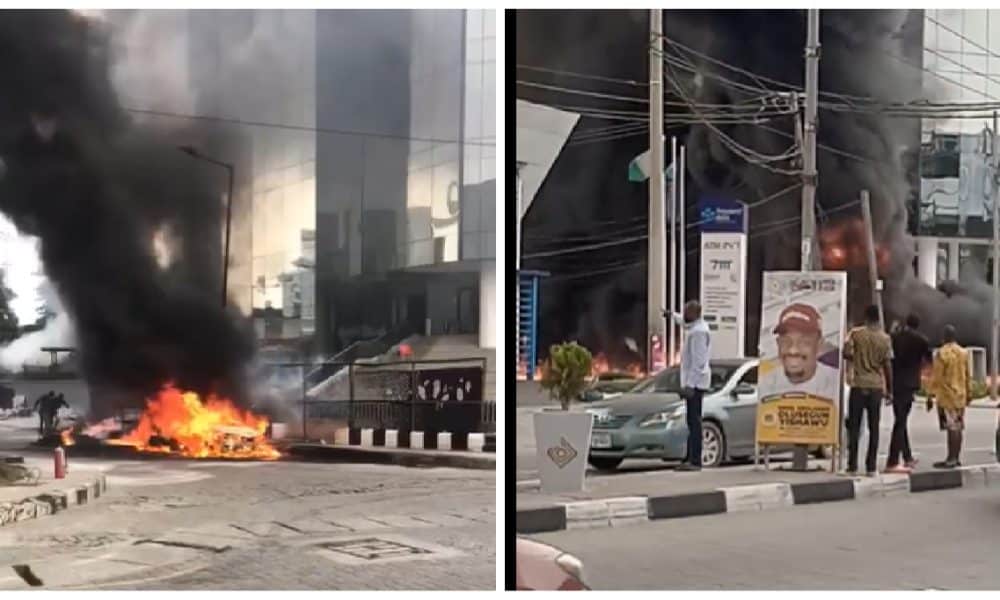 There was tension on Tuesday morning in Adeola Odeku street near Polaris Bank Hqtrs after an explosion reportedly rocked a building in the area.

Information about the incident is still sketchy as of the time of reporting. Naija News learnt individuals and some private company firefighters were making efforts to put off the raging fire caused by the unknown explosive. Some residents who took to social media, Twitter precisely to report the incident have berated the Lagos State Fire Service for failing to show up at the scene forty minutes after the fire started. Naija News understands that the raging fire has damaged cars and structures around the area. However, no casualty has been confirmed yet. See the videos below:

Further reports claimed that no fewer than six people died in the incident.