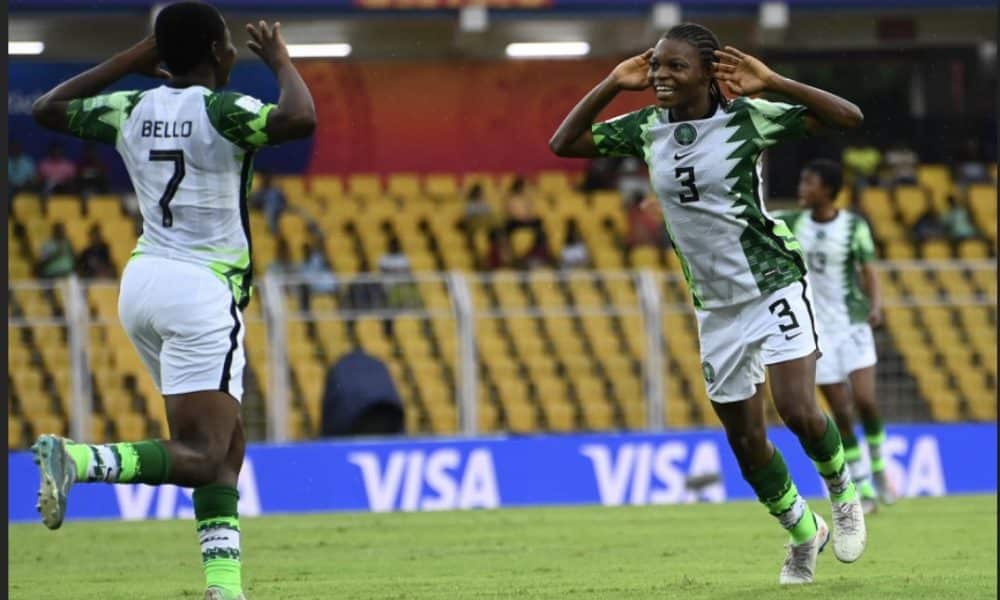 Nigeria’s Flamingos defeated New Zealand 4-0 in their second game of the ongoing Under-17 World Cup.

On Friday, October 14, the Nigerian Under-17 women’s national team conquered New Zealand 4-0 to earn their first victory at the ongoing World Cup in India. Naija News recalls that the Flamingos lost to the European giant, Germany in their first group game. Having been charged by the newly elected NFF president, the girls quickly moved on from their first defeat as the hammered the europeans 4 goals to nil.

How did the Flamingos score?

Following Opeyemi Ajakaye’s cross, Aminat Omowunmi Bello scored Nigeria’s opening goal in the 17th minute. Usani who defends for the girls headed in Nigeria’s second goal in the 34th minute. The Flamingos had a 2 nil lead at the end of the first half. In the 75th minute, Ajakaye scored the third goal for Nigeria, and Edidiong Etim added the fourth goal with seconds remaining to give the Flamingos a commanding 4-0 victory.