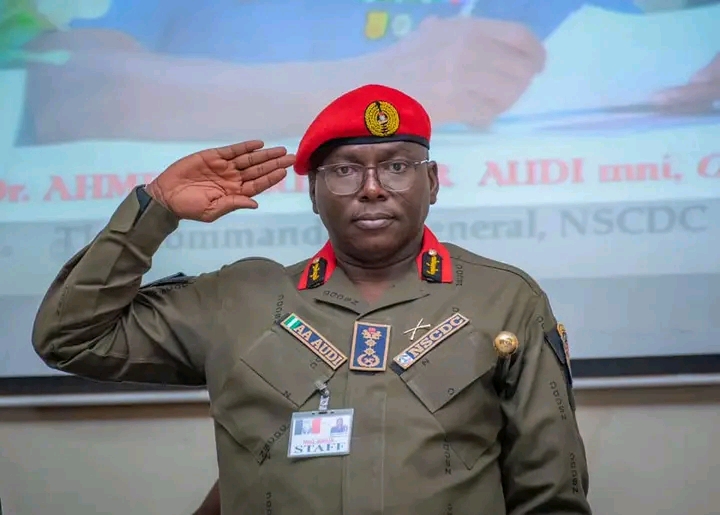 This in line with the provisions of the Private Guard Companies Act, and made public in a release signed by the Director Of Public Relations, NSCDC National Headquarters, Abuja, DCC Olusola Odumosu

The Commandant General, Dr Ahmed Abubakar Audi, mni, OFR, charged the new entrants into the industry to use their new operational licenses to contribute their quota to promoting internal security as the nation tilts towards the yuletide and the 2023 general elections.

He reiterated that, tackling the menace of insecurity in Nigeria requires collective and collaborative efforts of governments and private security agencies, including all Nigerian citizens.

He explained that, the new wave of crime occasioned by activities of bandits, terrorists, and kidnappers is Assymetric in nature, thus, making confrontational approaches necessary, and private guards companies have vital roles to play in entrenching peace, safety, and security.

Dr Audi maintained that Private Security Practitioners must collaborate with the Corps especially in the area of credible intelligence gathering to enhance internal security.

He charged the new operators to adhere strictly to the licenses during their operations, urging them to prompt annual renewal of their licences to avoid being clamped down as a result of violation of extant rules by the CG’s Special Task Force set up to supervise and monitor PGC operations and activities across board.

He reminded the operators that their licenses should not be for business purposes alone but also internal security of the nation, cautioning them that their licences are not transferable and use of firearms is not allowed.

“For now there would be no use of fire arms, bouncers or bodyguards in your operations, it is criminal to do so.

“You are however free to visit our nearest formation closest to you for assistance when guards are faced with overwhelming challenges”, Audi said.

The CG also emphasized on guards welfare, noting that, his administration will not condone any act of maltreatment of field operators by some Chief Executives who give peanuts as salaries which could make the boys compromise and be lured into criminal acts very easily.

He called on the new operators to see NSCDC as not only their regulator but a dependable ally and partner in progress.

As part of activities marking the ceremony, orientation lectures was given to the recipients to help them excel in the Praboutate Guard indy.

A guest Lecturer, Prof Gabriel Obiamaraije C. Okenwa talked on the role of the private guard companies in crime detection and prevention.

Another veteran in the business, Major General Abdulkadri (rtd) highlighted the opportunities and benefits of Private Guard companies to the security industry in Nigeria while the ACG in charge of Administration, Helen Amakiri, took the new operators on the PGC’s modus operandi.

Responding on behalf of the recipients, Barr Marc Aimien Adudu of Kwad Securitylicensess Limited appreciated the Commandant General for making the presentation of licences to new Private Security Companies a reality.

He thanked NSCDC for allowing them to contribute their quota to the ongoing fight against insecurity in the country.

He pledged to leverage the guidance of the Corps to advance the course of Security in Nigeria.