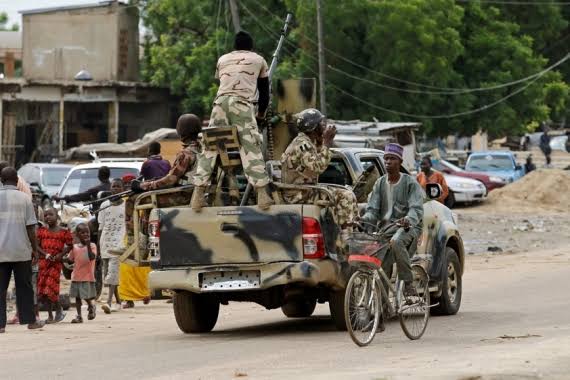 Details have emerged revealing why 101 Boko Haram suspects were recently released from correctional facilities, including the Kirikiri maximum and medium centres in Lagos State.

But a report by Daily Trust had claimed that an out-of-court settlement had facilitated the recent release of 101 ‘Boko Haram’ suspects who were arrested at various locations in 2009. Sources revealed that discussions for the release of the suspects started long ago when it was evident that there were no facts to prove that they were Boko Haram members, considering that most of them were arrested in the streets of various cities at the onset of the Boko Haram uprising 13 years ago. Recall that the Chief of Defence Staff, General Lucky Irabor  had told journalists on Friday that, “… Perhaps may be at this point, what I may need to add is the fact that Council was also briefed that 101 ex-combatants were taken to Operation Safe Corridor (in Gombe) and currently undergoing the process of de-radicalization at the centre. “These were ex-combatants that have been in detention for several years, some of whom have served their terms. Others were those that were awaiting trial, but because of the long time that they have been involved and in line with the protocol or the procedure for handling anyone who has been exposed to terrorism or related offenses, the procedure for them to be taken through a process of de-radicalization.” According to Daily Trust, the agreement between the applicants signed between the Attorney-General of the Federation, the respondents and the Legal Aid Council, which represented the applicants, were approved and adopted as judgements before three separate High Court judges in Lagos. The orders for their release, according to a document made available on Saturday, were given on October 4 and 5 by Justices Awogboro Olawunmi, Tijjani Garba Ringim and Nicholas Oweibo.

The suspects were detained after they were arrested at various times in Bauchi, Maiduguri and Kano in 2009 on suspicion of being members of Boko Haram. This happened when police and other security agencies embarked on operations aimed at taming the uprising staged by Boko Haram members, led by Mohammed Yusuf. Since then, the suspects had been in detention with no hope of freedom until recently. “There is no iota of truth in the alleged prisoner swap. The terrorists who released the last set of the train victims have nothing to do with the 101 people released from Kirikiri. Those people in Kirikiri were not Boko Haram members. There was no evidence to nail them. “The terrorists that attacked the Abuja-Kaduna train had set their members free during the invasion of Kuje prison in Abuja. Those people freed from Kirikiri have no value to the terrorists. It was just a coincidence that their release nearly coincided with the release of the train victims,” a source close to the military in Maiduguri, Borno State, said. Also speaking, an official of the Legal Aid Council said the detainees were arrested by the police at various places in Maiduguri, Kano and Bauchi states. “Some of the suspects were arrested in raids by the police in their homes, business premises, mosques or highways,’’ he said. “They were separately detained in correctional centres in Kano, Maiduguri and Bauchi pending the time they would meet their bail conditions. However, in March 2011 they were all herded into a truck and moved to Lagos. “We have 74 being detained in the Kirikiri Maximum Correctional Centre, while 27 are detained in Kirikiri Medium Correctional Centre,” he said.

A top official of the Council denied a trending statement on the social media that their release was part of the terms of negotiations for the release of 23 Abuja-Kaduna train hostages. “This is balderdash. It is a tissue of lies. They were released by a court order,’’ the official who craved anonymity told Daily Trust Saturday. He also confirmed that upon their release, the military took them to Gombe for debriefing and deradicalisation.