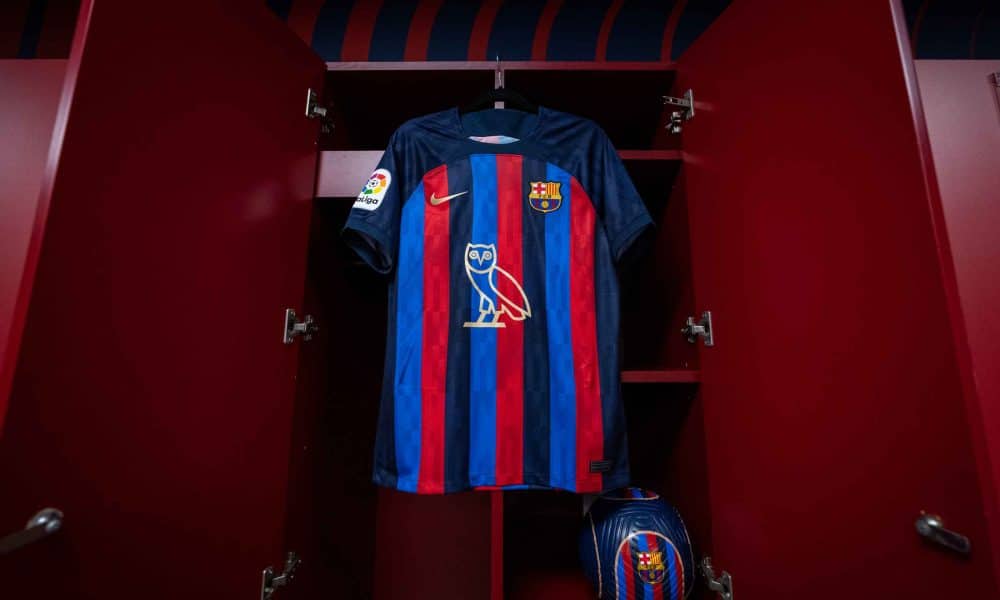 The 35-year-old became the first creator on the platform to reach 50 billion streams and the achievement will be honoured by the Spanish club. Drake’s logo will be on the front of Barca’s jersey when they lock horns with Real Madrid in an El Clasico match in Santiago Bernabéu Stadium.

As part of the partnership with Spotify, the most widely used audio streaming subscription service in the world, this will mark the first time that Blaugrana has replaced their partner’s logo with an artist’s logo. One of the main concepts behind the partnership between FC Barcelona and Spotify, according to Barcelona.com, is to merge football and music in order to connect with new audiences around the world. As a result, on October 16, when Barça plays Real Madrid, the logo of the Canadian singer’s company will appear on the front of the team’s jersey in place of the most well-known audio streaming subscription service in the world. Xavi Hernadez’s men will be looking forward to bouncing back from a disappointing draw they had against Inter Milan when they face Real Madrid.