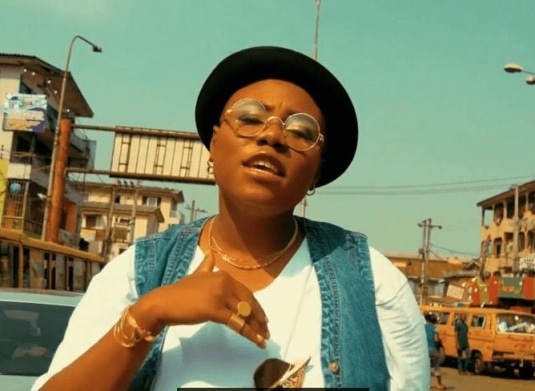 In the aftermath of the National Honour Award, tweets about Singer, Teniola ‘Teni’ Apata littered everywhere. Some netizens claimed that the singer disrespected Mr. President due to her body language while receiving her Member of the Order of the Niger (MON) award. Teni had casually walked to the President, and away from the President after receiving her award, without curtsy of obeisance, genuflection, or handshake. An action, many perceived to be disrespectful to the President.

It is unmannerly for Teni to be disrespectful to the commander-in-chief of the armed forces of the Federal Republic of Nigeria. That was a rare opportunity. Very few and far between. The one-of-a-lifetime opportunity to meet the omnipotent president. The stainless GCFR who commands the 36 states of the country and the Federal Capital Territory. A former Military General who has served the country excellently well. The president of the most populous black nation and Africa’s largest flourishing economy. Observing every existing presidential protocol, Teni is expected to lie spreadeagled on the floor, like the Tarentola Mauritanica Gecko. “E kaasan o, Agbalagba!” She was supposed to gesture a namaskar, like the Hindus. After that, she is expected to wait for an official order either from the president himself or his aide de camp to ‘wither’ before receiving the award. This may take 15 minutes or more. Teni misused this opportunity. What gave her the gall to even act in such a discourteous way? Who are those around her who ill-advised her? Has the little fame and teensy-weensy money she earns from local show performances and up-and-coming brand endorsement deals beclouded her sense of reasoning? Or she had mood swings the moment her name was called? Or was it anxiety? How could she disrespect the President, a man whose name sends shivers down the spine of Nigerian youths? The highly respected African President for Christ’s sake! Flipped. Let’s reconsider this. A careful look at the video revealed she was unhappy. But my team and I are still conducting a forensic video analysis to observe the disrespectful scene. She was truly unhappy. But who is even happy with this government sef? The unhappiness is a form of subtle protest. She expressed unhappiness to register her displeasure with the president and his government. I think this is it. I think she was motivated by Asa. She took advanced lessons from the great singer. Asa wore an all-black dress and performed her monster hit “Fire On The Mountain” in the presence of this same all-powerful President and other politicians at the NNPC Relaunch in Abuja on July 19. If this is the case, then it is a fantastic one. No need to condemn her. She did not disrespect the President. She was unhappy. Were you expecting a handshake? Did the President extend his hand and she ignored it? At least, that could spell the disrespect out. A child should not be the first to extend a handshake to an elder. Or maybe there is a new norm I am not aware of. Pardon me. I am not Gen Z. Let us discuss this. Realistically, the same President is the chief disrespecter of Nigerian youths na. Is it not this same President who branded the entire Nigerian youths “lazy” during a panel appearance with world leaders at the Commonwealth Business Forum in London on April 19, 2018? Is this not the same President who demarkets the hardworking youths of Nigeria at every window opportunity? This same President and his party who is sniffing life out of Nigerians with suffering and even shootings? What kind of disrespect is greater than these? This same President who appoints old men in political positions when the government is not operating gerontocracy? That is a disrespect to agile, smart, and capacity-filled youths na. Abi is it the lackluster in handling the ASUU strike? Such disrespect to intelligent Nigerian students. This same President and his party who are planning to hand over to another old man who is asking youths to ‘shurrup’ because they clamour for a change of government. What sort of disrespect is that na. Nooooooooooooh. Tah! Nigerians who have lambasted Teni should apologize to her. Teni did nothing wrong. Being unhappy or frowning while receiving an award is not a disrespect joor. Mr. Bean sef do am. If na me, I no go shine teeth. You want Nigerians to tear her into shreds as they did to Taaooma after taking pulchritudinous photos with the Vice President? Teni had the option of rejecting the award as a way of protest like Chinua Achebe in 2004 and Wole Soyinka in 2014. But she received it because it is not a presidential award but a National Honour. This case has been settled. She did not disrespect the President. She was just unhappy. And that is justified. I will not advise anyone to disrespect the Office of the President. Even though its occupant drags us by the balls, 4 kilometers every day. Equivalent to the recently discovered oil theft pipeline. Bright Okuta is a Nigerian Writer and digital journalist. Twitter: @brightokuta