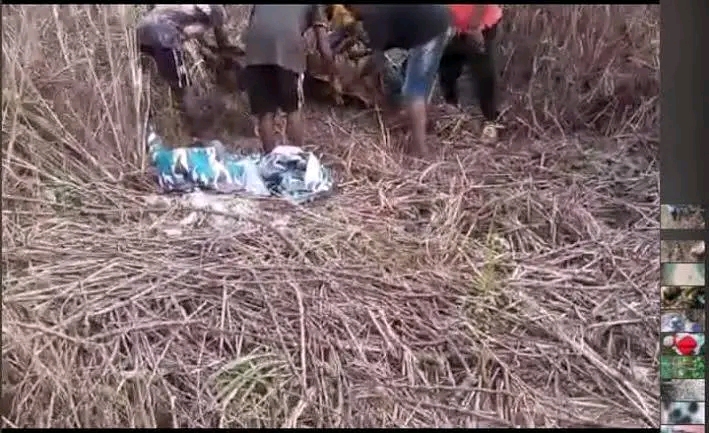 A couple identified as Mr. and Mrs. Okonkwo of Ukpata community in Uzouwani LGA, Enugu has passed on.

They were found de@d on Saturday, December 10 in a forest by ESN operatives deployed in the state to checkmate unknown gunmen activities.

This is coming two weeks after a son to the now deceased couple, Anthony Okonkwo, raised an alarm on the uncertainty of the whereabouts of his parents, who were said to have gone to the farm and never returned.

The bodies of the sl@in couple which were discovered to have certain parts missing have now been evacuated by the community.

A report by Vanguard has it that the attack of November 21 on rural dwellers in Ohuolu Mgbede, Aguamede, Mgbuji, and Ebo communities in Eha-Amufu left 90 persons with severe injuries from machete cuts.

According to a one-time Commissioner for Human Development and Poverty Reduction in Enugu state, Honorable Godwin Ogenyi, the most annoying part of this is that the terrorists have moved from killing to kidnapping and raping of farmers etc.

Consequently, the dwellers in the areas have either been maimed, sacked, or are in living in continuous fear of invasion and attacks by herders.