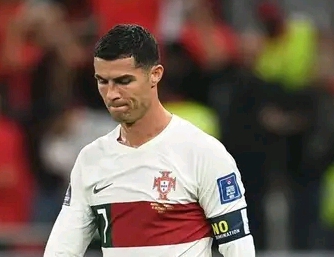 Legendary Portuguese striker, Cristiano Ronaldo has expressed deep disappointment over the unexpected crash out of his country’s team in the 2022 tournament in Qatar.

The former Manchester United player and five-time Balloons D’or winner have lamented how the Moroccan team halted his biggest career dream after stopping his team from advancing to the semifinals of the 2022 FIFA World Cup.

The one – zero defeat on Saturday has caused Cristiano Ronaldo a lot never to be forgotten about.