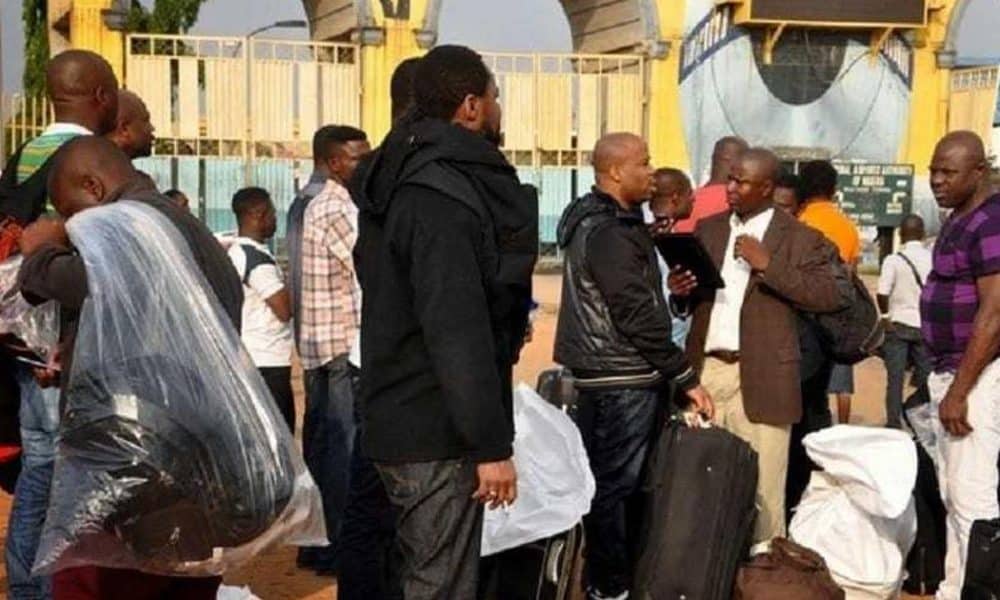 The Ghanaian authorities have reportedly deported at least sixteen Nigerians from the country over their alleged involvement in fraudulent activities.

A statement issued on Friday in Lagos by the Controller of the Seme Command of the Nigeria Immigration Service (NIS), Dr Chukwu Emeka, explained that the citizens of whom many are victims of deception were tagged with cyber crime by the sister African country. The NIS boss said preliminary investigation revealed that some of the citizens had entered Ghana through illegal routes as many of them were made to believe they will find their greener pasture in the part of the African continent. “Ghana’s Financial and Intelligence Agency accused them of cyber crime but from our preliminary investigation, we discovered that some of them were lured into these criminal activities due to the get-rich syndrome our youths are developing. “Some of them are victims in the sense that they were deceived that they can make money if they leave Nigeria. Unfortunately, they don’t get the actual thing they bargained for in Ghana. “Further investigation also showed that most of them left the country through illegal routes or through the sea to other West African countries,” Emeka said in the statement obtained by Naija News on Friday. The official said since many of them had travelled without genuine travel documents, they became prey to the Ghanaian authorities. According to him, the Comptroller General of NIS, Idris Jere, had always advised Nigerians to get genuine travellers’ documents before leaving the country. He added: “Yes, we are part of the ECOWAS treaty of free movement and goods within the sub-region. But the condition is that you must enter those countries through a legitimate route and with the right travel documents. “It is also important to have definite means of livelihood, if not, by the time you get there, they will see you as a public charge and they will return you to your country.”

More Nigerians Will Be Deported

Emeka who lamented the knowledge of young Nigerians getting involved in some unholy activities outside the country, when they should be building their talents for their future, said more of the citizens would be repatriated from Ghana soon. He urged Nigerians to always travel with valid documents, adding that they should live and do their businesses according to the law of the land they had travelled to. Emeka stressed that the Government of Ghana had contacted the Seme Command of NIS and that more Nigerians would be sent packing soon. The controller promised to return those already repatriated to their families after NIS must have concluded its investigation. One of the deportees, Richard Paska, a 24-year-old graduate of Nnamdi Azikiwe University, said that he was lured to Ghana by the promise of a good job. “My father had to look for money to let me go in February 2021, so that I could start a job. The job was a networking business, but when I arrived in Ghana, the story changed. “I was managing myself with some Nigerians when some of the personnel of the Ghana Immigration Service arrested us and brought us back to Nigeria. “I had intended to come back but I did not have the transport fare. I really regret going to Ghana,” he said. Naija News learnt that the 16 deportees are men with ages ranging from 19 years to 24 years.