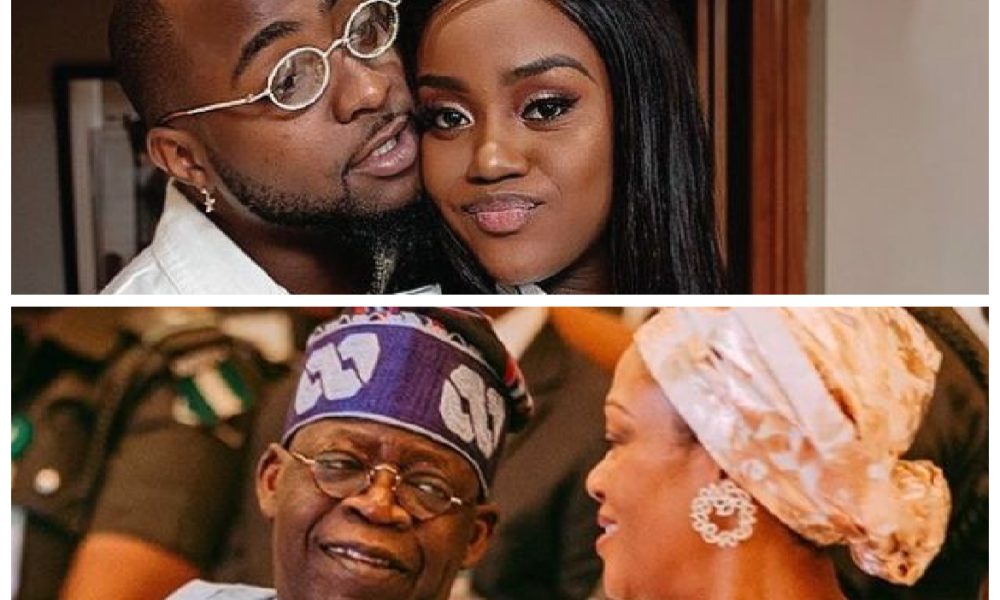 Presidential candidate of the All Progressives Congress (APC) Bola Tinubu and his wife, Oluremi Tinubu have sent their condolences to singer Davido and his fiancee, Chioma over the death of their son, Ifeanyi Adeleke.

Naija News reports that the APC presidential candidate, who posted his condolence message today on the micro-blogging platform, Twitter prayed for Davido and Chioma that God should grant them the strength and fortitude to bare the painful tragedy. Naija News had earlier reported that Ifeanyi, Davido and Chioma’s son died yesterday night after he drowned in the family’s swimming pool at the singer’s banana island residence in Lagos State, while his parents were on a trip to Ibadan for a family function. The Lagos Police Command, who confirmed Ifeanyi’s death this morning had noted that all members of Davido’s domestic staff are in their custody. Little Ifeanyi was said to have been confirmed dead on arrival at the hospital. Tinubu’s tweet reads: “Oluremi and I send our heartfelt and deepest condolences to David, Chioma, and the entire Adeleke family over the tragic loss of their son, Ifeanyi. Our thoughts and prayers are with the family. May the Lord grant them the fortitude and strength to deal with this painful tragedy.” Meanwhile, Naija News reported the Labour Party presidential candidate, Peter Obi, joined a host of others to sympathize with the David Adeleke (Davido) family, Obi, via his official Twitter handle, said he could not imagine the feeling of the bereaved parents at the moment. The presidential hopeful prayed to God to grant the family healing and strength to bear the loss. “I send my sincere condolences to Davido and Chioma over the death of their son Ifeanyi. I cannot begin to imagine the pains they are going through at the moment. May God grant them healing, strength and comfort in this trying time. My thoughts and prayers are with the family,” Obi tweeted.