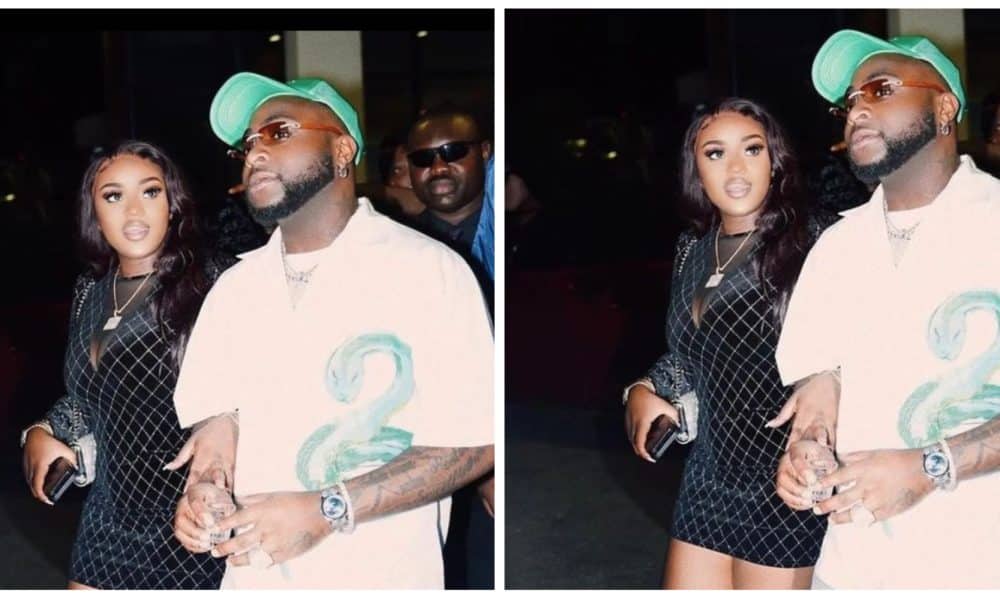 Naija News reports that the American model and mother of one shared a cryptic post online barely a month after she linked up with Davido since she welcomed her baby, Dawson.

In the critic post, the model said she has had enough and promised to spill more details later today.

She wrote: “I’ve had Enough”

Reacting to the development, Kemi Olunloyo, in a post via her official Facebook page, averred that Larissa has a piece of detrimental information about Chioma.

She further claimed that Davido’s baby mamas are unhappy with the singer’s reconciliation with mother of his first son, Ifeanyi.

“The info she has on Chioma is detrimental and I was told when she was pregnant. I hope that’s not why she’s presumably angry. Davido has acknowledged her son. Pastor Tobi sef calling Chioma the “real wife” complicating things for all the baby mamas. Sophia says she’s “entered a new chapter”, Mandy says “count me out” now Larissa “I’m fed up” I actually posted a video on that info on my YouTube in 2019. You ignored it and some abused me. It really happened and It’s still there. If you know you know. These baby mamas are not happy with OBO’s choice. BIG WAHALA AHEAD. David should just marry Chioma now in a court wedding and stop announcing and doing lovi dobi all over the internet.”