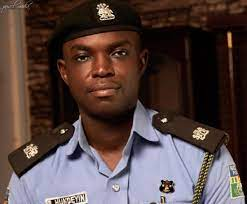 It was a tragic work day as a staff of Fidelity Bank, Emmanuel Ebere, slumped yesterday at the Awolowo, Ikoyi branch in Lagos.

Ebere, who was attached to the Information and Communication Technology unit, was rushed to the Military hospital, Ikoyi, where doctors confirmed him dead.

This is just as one of the workers hired by Everlift Company was electrocuted while working on an elevator at a site on Alexander road, in Ikoyi area of Lagos.

The news of Ebere’s death cast a gloom over the bank as his colleagues went about their daily routine with an expression of despondency.

Source gathered that the bank’s Regional Security Officer, (names withheld ) alerted policemen at the Ikoyi Division of the incident.

A spokesman for the Lagos State Police Command, SP Benjamin Hundenyi, who confirmed the incident, said it occurred at about 6.30 am.

He said: “Based on the report, a team of detectives from the Ikoyi Division visited the hospital and examined the corpse. No mark of violence was seen on the body.

The corpse has been evacuated and deposited at the Marina General Hospital morgue for autopsy.”