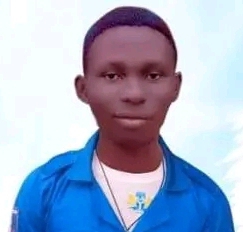 He was also a devoted member of the Block Rosary Crusade and as a matter of fact, he was one of the organizers of Block Rosary in Aji Deanery.

Some of them, including Isaiah were available for the retreat of Aji Deanery Block Rosary Crusade (BRC) which was scheduled to take place from October 14th to 16th, 2022, at St Joseph’s Parish Umuogbo-Agu.

On the day of arrival which was 14th October, 2022, Isaiah never knew he will not be returning back to his poor mother alive.

The members of BRC assembled to start their prayer program, and around 8 pm when they were having their opening Rosary procession, two boys from the hosting community came but the men manning the gate could not permit them inside because they were not tagged the evidence that identifies one as a member of the Block Rosary Crusade. They rather told the boys that if they wish to join the program they have to get their tag, but the two boys bluntly refused to do so saying that they are the owners of the territory with some cultic slang like we are JBC which only they know the meaning. So the men at the gate who are BRCBG members refused to let them in.

The self-acclaimed cultic boys went away and returned around 11:30 pm to 12 am with more boys (about 10 or 12 of them) and started banging on the gate asking the brigadiers to open the gate but they refused, then those boys broke down the gate, and invaded them with some weapons like a dagger, plank, 2b2 wood and so on, trying to enter inside the church where the BRC children were praying. It was at this critical moment that the young Isaiah and other BRCBG members had to risk their own lives without arms in defense of the children praying inside the church.

Some of the brigadiers who risked their lives to protect the children were severely injured; some were stabbed but Isaiah who was there as the commander took all he had to protect his people and as he was fatally injured, he persisted in the battle in pain until he ensured that those intruders had dismissed from the premises at the sight of the parish priest.

As wounded Isaiah could no longer bear the internal injuries sustained, he was rushed to Bishop Shanahan hospital Enugu Ezike but they were referred to Nsukka from Nsukka they were referred to ENUGU (UNTH) and on their way to Enugu, Isaiah, who would have loved to be alive to tell this story, left us an example to follow.