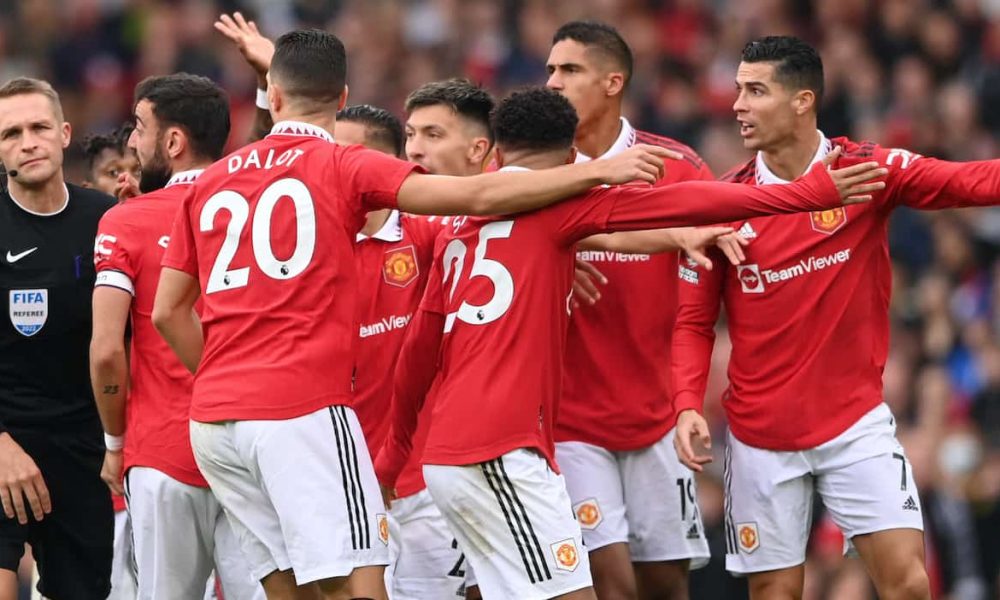 Old Trafford provided a frustrating afternoon for Manchester United as they were held to a scoreless draw.

Brazilian forward, Joelinton Cassio, had two consecutively the best chances of the game, heading against the crossbar on both occasions. Following Newcastle’s performance in their last few games this season, as Sir Alex Ferguson once disparaged them, they can no longer be dismissed as “a wee club in the north-east.” Erik ten Hag’s men had their moments as well. Marcus Rashford missed an injury-time header, with virtually the last touch of a disappointing game, as Casemiro floated a cross to the far post, which was sent wide by the English forward. Newcastle was close to securing their second victory at Old Trafford since 1972, and Rashford’s goal at that point would have been harsh on them. Ten Hag’s men will be faced with more tough tests this coming week when they take on two London clubs, Tottenham and Chelsea. Cristiano Ronaldo, who summed up the club’s frustration after a furious exit against the Magpies, will be looking to add to his club goals when they face Tottenham at home and Chelsea in London. Manchester United is now sixth in the league table, one point ahead of Newcastle and three points behind Chelsea.