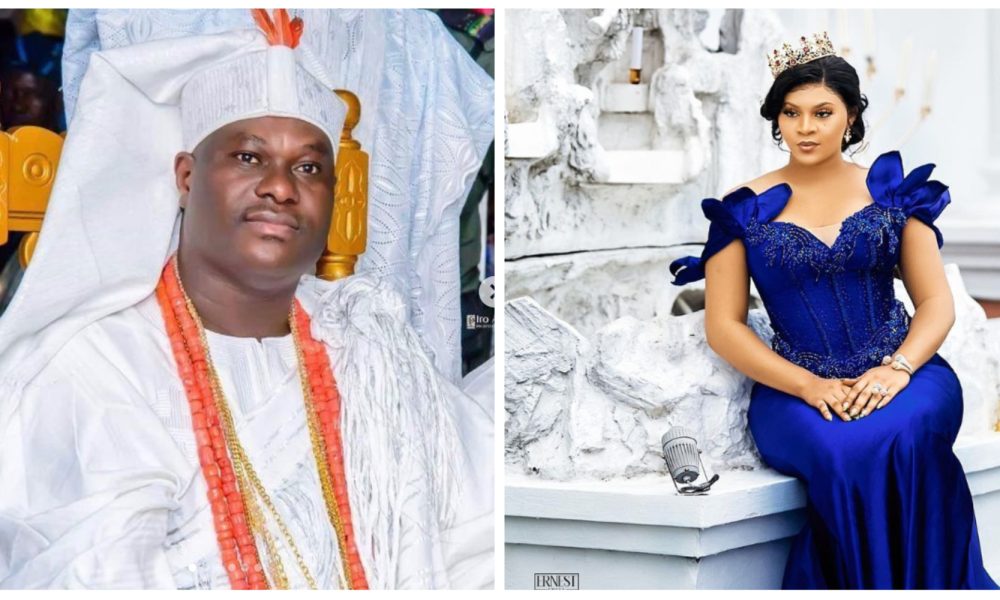 Tobi Philips, the third wife of the Ooni of Ife, Oba Adeyeye Enitan Ogunwusi has made her first public post following her marriage to the traditional Yoruba monarch.

Naija News reports that this is coming a few days after her controversial statement about married people resurfaced online and sparked mixed reactions. Recalls that some netizens dug up an old video of Ooni’s new wife berating married men and women who make young people express fear about going into marriage. In the video, Tobi questioned men on the reason for getting married when they do not intend to keep their marriage vows. She opined that a man’s marriage is a piece of paper if all he does is chase everything under skirts. Tobi Philips also took a swipe at women who get married for societal sake and are not ready to build a home with their spouse. According to her, many marriages are short-lived and the trend of unfaithfulness among married men and women scares young ladies who want to settle down in marriage. The video sparked mixed reactions from many Nigerians, while some claimed she had eaten her own words by marrying Ooni who does not stick to one wife, others said she is pardonable because she might have said those words in ignorance.

Taking to her Instagram page on Sunday, Tobi Philips shared stunning photos of herself, dazzling in a blue dress. She also expressed appreciation to her followers for the good wishes over her marriage to Ooni stating that change is inevitable and she is transitioning. She wrote: “Grace, Gratitude, ‘n Glamour” Change is inevitable…Thank You So Much For Your Patience and Well Wishes…..We Transitioning.