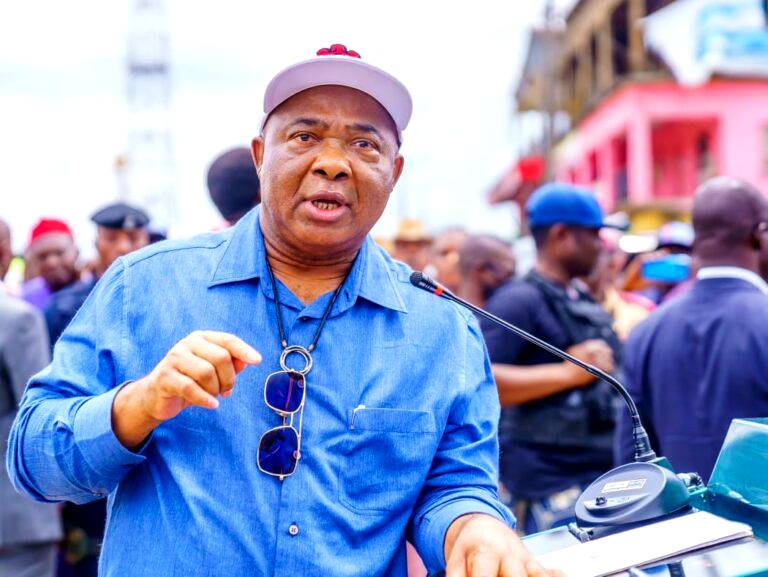 The Imo State Governor, Hope Uzodimma has commended the bravery of the Nigerian Police force and other sister agencies for foiling the attack at the office of the Independent National Electoral Commission (INEC) in Owerri.

Addressing journalists at the Nigerian Police Force Command, Owerri, Governor Hope Uzodimma reiterated that he will provide a safe environment for Ndi Imo to exercise their right in voting.

While disclosing that investigations are ongoing, the Governor charged the Police authority and other security agencies to be swift and prudent in unraveling the details behind this attack.

Recall that INEC has raised the alarm about the systematic and targeted attacks on its facilities nationwide, ahead of the 2023 general election.

“Our Imo State Headquarters is located in the center of Owerri, the State capital, between a Court and the State Secretariat.

“This is therefore yet another systematic attack targeted at the Commission’s assets across the country, more so on the day that the collection of Permanent Voters’ Cards (PVCs) commences nationwide ahead of the 2023 General Election”, said Festus Okoye Esq., INEC’s National Commissioner and Chairman of its Information and Voter Education Committee.

According to him, the Resident Electoral Commissioner REC for Imo State, Professor Sylvia Uchenna Agu, had reported that the INEC State Headquarters office in Owerri was attacked by gunmen at about 3 am on Monday.

He said the attack affected the part of the building occupied by the Election and Party Monitoring EPM Department while one official utility vehicle (a Toyota Hilux pickup van) was burnt.