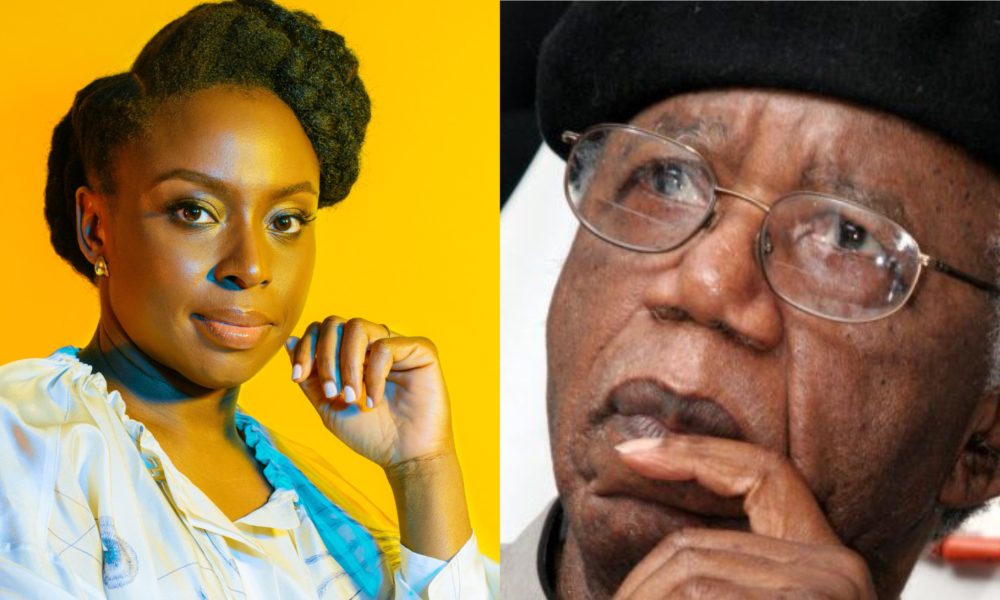 President Muhammadu Buhari on Tuesday presented the National Honours Award to some Nigerian citizens who were considered exceptional in their role to the benefit of the country.

The National Honors Act No. 5 of 1964 which is known as the highest award in the land, empowers the President to honour Nigerians and friends of the country.

However, there are prominent Nigerians who, despite the remarkable role played in pushing the country’s development forward, decided against receiving the award.

They are; Chinua Achebe

The late Nigerian literary giant and Professor,  Chinua Achebe rejected the national honours award in 2004 and 2011. Giving his reasons for turning down the honour, Achebe noted that he was dissatisfied with the Olusegun Obasanjo administration.

In 2011, Achebe rejected, the same award from the Goodluck Jonathan administration, saying that the reasons for rejecting the offer when it was first made in 2004 had not been addressed.

Chimamanda Ngozi Adichie Award-winning Nigerian novelist and author, Chimamanda Ngozi Adichie declined the award privately, noting through her communications team that her non-acceptance of the national honour from the federal government because she does not want to create publicity of it. Gani Fawehinmi Gani Fawehinmi who was a vocal critic of both the military and civilian government, rejected the award, citing many years of misrule since independence.

Former Secretary to the Government and Head of Civil Service of the Federation, Alhaji Gidado Idris, in 2008 rejected the honour conferred on him explaining that he had been awarded GCON in 1998 by General Abdusalam Abubakar.

According to Idris, accepting a CFR award would be like passing a vote of no confidence on the Abubakar-led government in which he served as the SGF.