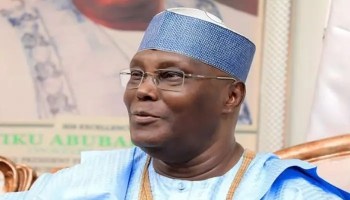 The former Governor of Katsina State and leader of the Peoples Democratic Party PDP in the State, Barrister Ibrahim Shehu Shema along with 10 out of the 14 members of the party’s State Working Committee as well as 19 out of the 34 local government party chairmen in the state may boycott Alhaji Abubakar Atiku’s presidential campaign rally scheduled to hold in Katsina today, Tuesday.

This is contrary to the claim made by the Chairman of the Atiku-Lado Campaign Council, Senator Umar Ibrahim Tsauri who while briefing newsmen on Sunday said: “I would like you to believe and agree with me that PDP is one big united family with full cooperation ready to take Nigeria to the promised land.”

Similarly, at the press briefing, the Director General of Atiku-Lado Campaign Council, Dr Mustapha Muhammad Inuwa on his part said: “between him and the former Governor, they have agreed to put behind their differences and work together to send the ruling All Progressives Congress APC parking from the seat of power come 2023 elections.”

Mustapha said “Let me confirm to you that last Thursday, I think we spent over 2 hours discussing with the former Governor, Ibrahim Shema and we agreed on one thing, to chase APC from power.

“We both agreed and confirmed that what the good people of the state wants is for us to join hands together to achieve this.

“Before this encounter, I want you to know that it’s been over 15 years that we have not met nor spoke to each other face to face. But we have now met, sat down, discuss and clarify lots of issues.

“So, be rest assured that he will participate in all the lined up activities we informed you about. There’s no cause for alarm now, may be until after the Atiku’s visit and he’s not there, then we can begin to say why is this one and that one not present.”

Reacting to the statement when contacted by Vanguard, the embattled acting chairman of Katsina PDP, Salisu Lawal Uli, has put the claim of both the Chairman and the Director General of the Atiku-Lado Campaign Council in doubt as he said that all is still not well with the Katsina PDP.

Uli said: If their claim is actually true, since yesterday and today they are making adequate preparation, and the highest organ of the party, the state executive committee and 10 members out of the 14 members of the State working committee have not been informed of any development of the presidential candidate visits to Katsina State? Why also has 19 out of the 34 local government party chairmen in the state too have not been involved in the process?

When asked if those of them in Shema’s camp will participate in the Atiku presidential campaign rally, Uli said: “If you are not in the knowhow of the scheme of event, how can you participate, how can you be there?”

Shema’s faction of the Katsina PDP has been at loggerhead for sometime now with the camp of the party’s governorship candidate, Senator Yakubu Lado Danmarke over irreconcilable differences, part of which has driven Uli and eight members of the state PDP working committee to court to seek redress.