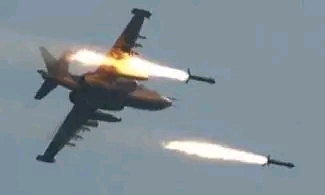 Military airstrikes aimed at neutralizing bandits have allegedly killed scores of soldiers and some villagers in Zamfara State.

According to reports by Igbere TV, two soldiers and over 70 villagers sustained varying degrees of injuries in Malele and Mutungi communities of Zamfara State.

Follow us for breaking news and updates on the happenings across the globe.