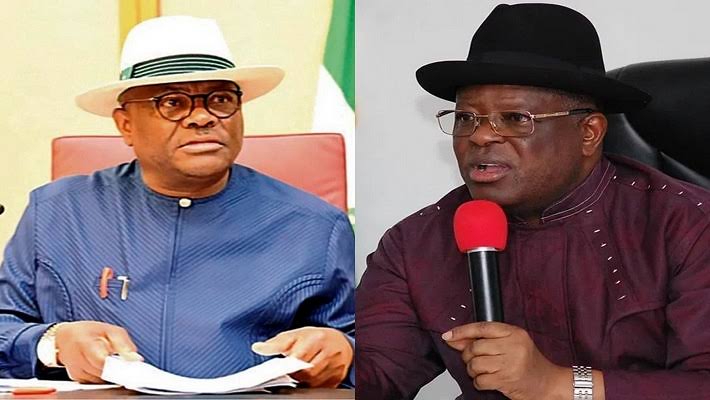 Governor David Umahi of Ebonyi State has disclosed plans to appoint 1300 liaison officers across the 13 local government areas of the state and another 1300 aides at the state level.

According to the Ebonyi State, the appointments would introduce fresh blood in the affairs of the state, and act as catalysts for further rural integration in governance. Naija News reports that Umahi may be following in the footsteps of Governor Nyesom Wike of Rivers State who has recently drawn widespread reactions over his decision to appoint many aides. Speaking on Sunday in an interde­nominational church service held at the Government House Chapel, Abakaliki, Umahi maintained that his administration would not relent in repositioning the youths for leadership in the state through various kinds of empowerment, employment, and mentorship. He hinted that the state government will reach out to Ebony­ians in Lagos, Aba, Anambra, Owerri and Abuja in another phase of its ongoing empower­ment programmes. “We will be doing empower­ment for our brothers and sisters in Lagos, Anambra, Aba and Abuja in our next phase,” the governor said. The governor, who an­nounced that the takeover pro­cess of the David Umahi Univer­sity of Health Sciences, Uburu, would be completed in January 2023, charged admission seekers to take advantage of the ongoing admission processes to enroll in the institution. “Admission is going on in Da­vid Umahi Federal University of Health Sciences. Let me say that there are a lot of miracles in that university and the school fees have been reduced,” Umahi said. Recall that Governor Wike had increased the number of Special Assistants on Political Units from 28,000 to 50,000 in the South-south. The Governor’s spokesperson, Kelvin Ebiri, in a statement; “Rivers State Governor, Nyesom Ezenwo Wike has reviewed the appointment of Special Assistants on Political Units from 28,000 (Twenty Eight Thousand) to 50,000 (Fifty Thousand).” Naija News reports that last Wednesday, Wike announced the appointment of 28,000 persons into various political offices. The 28,000 persons are to serve as special assistants for polling units in the state. Earlier, the Rivers State Governor appointed 14,000 Special Advisers, as well as 319 Ward Liaison Officers and 40 Local Government Area Liaison Officers.