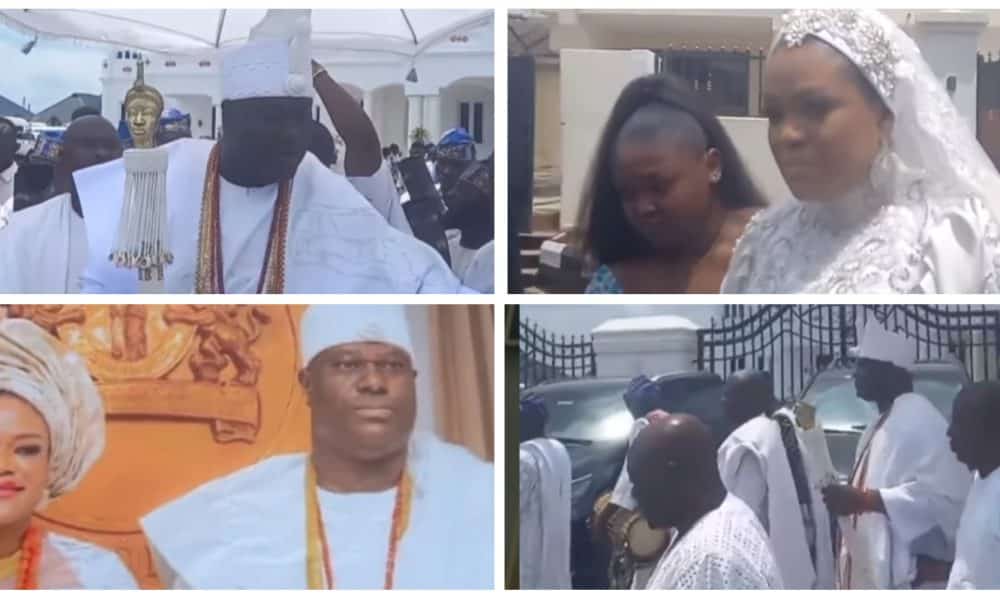 Ile Ife in Osun State was agog on Sunday with a lot of activities and fanfare as the Ooni of Ife, Oba Adeyeye Enitan Ogunwusi, threw a grand wedding party for his new wife, Mariam Ogunwusi.

Naija News reports that a video shared online showed friends, family members and thousands of well-wishers storming the ancient city to celebrate with the royal couple. Recall that Queen Mariam was welcomed to the palace in September 2022, barely nine months after former queen Naomi Silekunola, announced her divorce from the monarch.

On Sunday, October 9, 2022, the Ooni welcomed his third wife, Tobi Philips to the palace amidst friends and family members who were in attendance for the special occasion.

Tobi has reportedly been dating the Yoruba traditional monarch for over six years before her official traditional marriage.

Also, the Ooni on Friday, October 14, 2022, officially married his long-time girlfriend, Princess Ashley in a grand style wedding. This comes barely five days after the reverend traditional Yoruba monarch married his third wife, Tobi Philips. Ashley’s wedding ceremony was held at her late father’s family house situated on Olubose Street, along Ede road, IIe-Ife. Like the usual norm, the Ooni was nowhere in sight at the wedding ceremony, however, his chiefs, the royal guards and the royal staff were there to represent him.