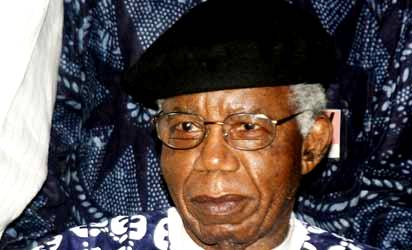 In the distant past, you wouldn’t talk about Chinua Achebe without instant reference to his mountaintop novel, Things Fall Apart. He was inseparable from his literary creature that outstripped its creator. But Achebe was lucky: he was spared the tragedy of bringing forth a monster that would fatally prey on its Frankenstein god. Achebe’s genie was genial. Upon escape from the bottle cage, it gave the illustrious novelist a new identity tag: Africa’s foremost storyteller.

However, 2012 would deliver another lingering literary lease to this great man of letters. He wrote There Was A Country: A Personal History of Biafra. More than five decades had passed to serve as a hiatus between the book of Achebe’s youth and the new product of his advanced age. Both were mileposts, the one his first published novel (1958), and the other his last huge work before his death in 2013. But when on November 16, 2022, the world quietly observed the eminent raconteur’s 92nd posthumous birthday, we were all drawn to his latter-day effort rather than to the one that lionized him. Why?

‘Things Fall Apart’ adumbrates system (community) collapse, whereas There Was A Country mourns the arrival of the foretold decadence and disintegration. Man is given to concerns about the now and how he can step on it to launch into a tomorrow unaffected by a deleterious yesterday. True, he needs to know what led him to the now, so he can disallow old pitfalls to surface again. Yet, man must understand more of his presence and work on it to enable him to shape a future close to nirvana, a future defeating its deadly past.

That’s what many compatriots salute Achebe for in There Was A Country; he writes of the past, the present, and the future. In the past, he sees a near-perfect Nigeria that enabled him to script a bestseller at 28. There was a country that saw Achebe work at the old Radio Nigeria at Ikoyi, Lagos, in a senior position. Here, in this non-nepotistic country, he later became the Director of External Broadcasting.

There was a Nigeria that put Achebe in the company of other Nigerians from the north, east, west, and south, with none looking over his shoulder to see if a dagger-wielding figure was lurking in the shadows.

There was also a country that took the Anambra State Ogidi-born Achebe to the University of College of Ibadan in the old Western Nigeria, where, as he studied the Liberal Arts after dropping Medicine, he beheld the progressive socioeconomic and political developments of the Action Group administration under Obafemi Awolowo.

There was a country that blissfully enjoyed a centrifugal federal order where the regions were lifted to great heights because they didn’t take orders from some lordly central government. There was a country where the talking point wasn’t our fault lines that might lead to the creation of other destabilizing cracks.

By the way, in that country, were there such open or concealed cleavages that held us down as they do today? Now, there arose another country that deposed the ‘ideal’ one Achebe met. Here, the soldiers were at work. Dismantling the structures on the ground that had admirably nurtured the land to place her on the path heading for a golden future, the men in boots did to Nigeria what the Barbarians did to the Roman Empire in 410 AD. They sacked Nigeria and imposed on us a sterile centripetal ‘federal’ arrangement. Rome writhed into extinction after the Barbarians’ assault. There was indeed a country.

Now, there was yet a third country that arose from the battle over what was left of Nigeria, following the dissolution of its federal soul into a unitary contraption: Biafra. Those who brought it into existence said it was the answer to the untended injustices that accompanied the actions of the soldiers and their political collaborators as well as their shadowy friends in the civil service and the private sector.

According to Achebe, Biafra happened because: “There was a strong sense that Nigeria was no longer habitable for the Igbo…(which) realize that Nigeria ‘did not belong we,’ as Liberians would put it.” He argues: “Following the ethnic cleansing in the North that occurred over the four months starting in May 1966, which was compounded by the involvement, even connivance, of the Federal Government, secession from Nigeria and the war that followed became an inevitability.”

Wole Soyinka, Nobel Laureate in Literature and Achebe’s compatriot, has wished the book hadn’t been written. “It is a book I wish he had never written…not in the way it was. There are statements in that work that I wished he had never made.” Why we’re revisiting There Was A Country on the recent natal anniversary of its author is simply because it addresses poignant political issues we’re all talking about as we prepare for new public office holders in 2023.

If we don’t want to drop again into a rapid succession of ‘countries’ the book depicts, none of which was permitted the opportunity to lead us into the Promised Land, it does us priceless good to be guided by Achebe’s observations, among them his claim that the Biafrans’ secessionist bid was a logical reaction to the apparent rejection of the Igbo by Nigeria. It’s neither here nor there decades after to ask if a breakaway was the answer to the challenge of perceived marginalization.

What matters is learned from what happened in those three ‘countries’. We must see more than one country, Biafra, in Achebe’s book. What we observe, sadly, is that the main players of the political class are back to that jejune old game by recognizing the reality of injustice in the ‘ouster’ of the South-East recognizing the presidential race. The presidential contest shouldn’t have been an all-comers’ affair. It should have been an exclusive South-East game to demonstrate our faith in what we profess: justice, fairness, and equity for all in the land.

We honoured these values in 1998 when the military and their political arm, beholding the injustice the Yoruba were suffering from following the raw deal given their son, Moshood Abiola in an earlier poll, ‘arranged’ for only candidates from the South-West to contest for the presidential slot. In 2023, a better country must emerge from the ashes of the failed ones.

That new country should outlaw political lopsidedness which makes a power move in ‘circles’ between only two geo-ethnic zones. No one would then take up arms to protest “Nigeria did not belong we” and seek justice in a new place carved out of Nigeria.