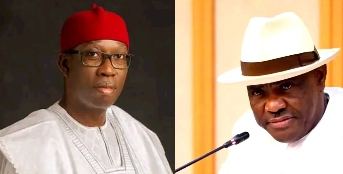 Socio-Economic Rights and Accountability Project, SERAP, has urged the nine oil-producing states in Nigeria to provide and widely publish details of spending of the oil derivation refunds of N625 billion recently paid to them by the Federal Government, including details and locations of projects executed with the money.

The payments covered 13 percent oil derivation, subsidy, and SURE-P refunds from 1999 to 2021.

In the open letter dated December 19, 2022, by SERAP Deputy Director, Kolawole Oluwadare, the organization said: “It is in the public interest to publish the details of spending of the refunds.

“Nigerians have the right to know how their states are spending the refunds. It is part of their legally enforceable human rights.”

SERAP said, “Disclosing the information would enable Nigerians to scrutinize the spending of the refunds. Publishing the details of the oil derivation refunds would also promote transparency and accountability in the spending of public funds.”

The letter, read in part: “Widely publishing details of the spending of the oil derivation refunds would ensure that persons with public responsibilities are answerable to the people for the performance of their duties in the management of public funds.

“We would be grateful if the recommended measures are taken within seven days of the receipt and/or publication of this letter.

“If we have not heard from you by then, SERAP shall take all appropriate legal actions to compel you and your state to comply with our request in the public interest.

“The public interest in obtaining the information about expenditures relating to the oil derivation refunds outweighs any privacy or other interests.

“The oversight afforded by public access to such details would serve as an important check on the activities of your state and help to prevent abuses of the public trust.

“SERAP also urges you to disclose details of spending of the refunds to local government councils through the state accounts and to explain the role played by your government in the spending of public funds meant for the councils.

“The constitutional principle of democracy also provides a foundation for Nigerians’ right to know details of spending of the oil derivation refunds. Citizens’ right to know promotes openness, transparency, and accountability which is in turn crucial for the country’s democratic order.

“The Freedom of Information Act, Section 39 of the Nigerian Constitution, article 9 of the African Charter on Human and Peoples’ Rights, and article 19 of the International Covenant on Civil and Political Rights guarantee to everyone the right to information, including about how the oil derivation refunds are spent.

“Your state cannot hide under the excuse that the Freedom of Information Act does not apply to your state to refuse to provide the details being sought, as your state also has clear legal obligations to provide the information as prescribed by the provisions of the Nigerian Constitution, and the African Charter on Human and Peoples’ Rights (Ratification and. Enforcement) Act.

“SERAP urges you to invite the Economic and Financial Crimes Commission (EFCC) and the Independent Corrupt Practices and Other Related Offences Commission (ICPC) to jointly track and monitor the spending of the oil derivation refunds by your state.

“SERAP also urges you to provide details of the transparency and accountability mechanisms that have been put in place to ensure that the derivation refunds are not mismanaged, diverted, or re-stolen.”